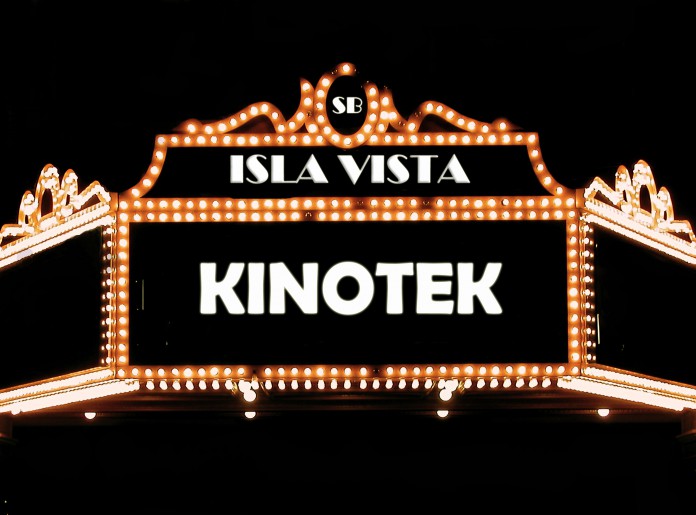 No one can deny the frustration that swells while watching “The Big Lebowski” with friends that never laugh, or being confronted with confused stares after perfect use of an “Airplane” quote. Even worse is the feeling of watching a cinematic gem, especially all alone. However, starting this quarter there’s a solution; a new campus organization, the Kinotek Film Series, is officially at work to bring our favorite movies to the big screen once again.

The Kinotek Film Series began this year as a project of first-year physics and art history major Ben Shukman, to restore watching interesting movies with other film lovers.

“We want to give as many people as possible the chance to see their favorite movies for free with the exciting and energetic feel of an enormous viewing community,” said Shukman, the club’s president.

The name “kinotek” evolved as a reference to the French word, Cinematheque, which refers to small cinemas that screen classic art-house films. Though considered a club, Kinotek is a small group of six film-lovers who each have specific jobs necessary to put on the weekly showing.

Although films are frequently screened on campus the Kinotek Film Series has a unique purpose beyond bringing together the community. Kinotek movies aren’t the kind you could see at any other theater in town. While a similar campus organization, Magic Lantern, plays new releases, Kinotek has lined up an eclectic mix of older, favorite films of the past few decades that refuse to be forgotten.

On March 7 at 8 p.m. the club will hold its debut screening of “Fight Club.” The film left major theaters over a decade ago, however, Kinotek’s free screening at Isla Vista Theater allows students and the community to experience or relive its significance on the big screen. In the words of Roger Ebert of the Chicago Sun-Times, “‘Fight Club’ is a thrill ride- the kind of ride where some people puke and others can’t wait to get on again.”

“Fight Club” is an appropriate start to a sequence of great films because it is worthy of discussion and one that current undergraduates never had the chance to see in theaters. After “Fight Club,” the series will include “Pulp Fiction,” “Spirited Away” and “The Godfather.”

First-year and co-founder, Robert Wickham, points out the club’s intention to establish unique entertainment for the student body.

“I think it’s important for people to see films and know that another human being has made something so impressive. The films are important because of their artistic merit; they are each entertaining in a unique way,” said Wickham.

In the moments before each movie and on the web, the group plans to exhibit short-films and interesting videos by local residents. Beyond the screening, the Kinotek Film Series is intended to become a local art forum, bringing Santa Barbara together in mutual appreciation for the art of film.