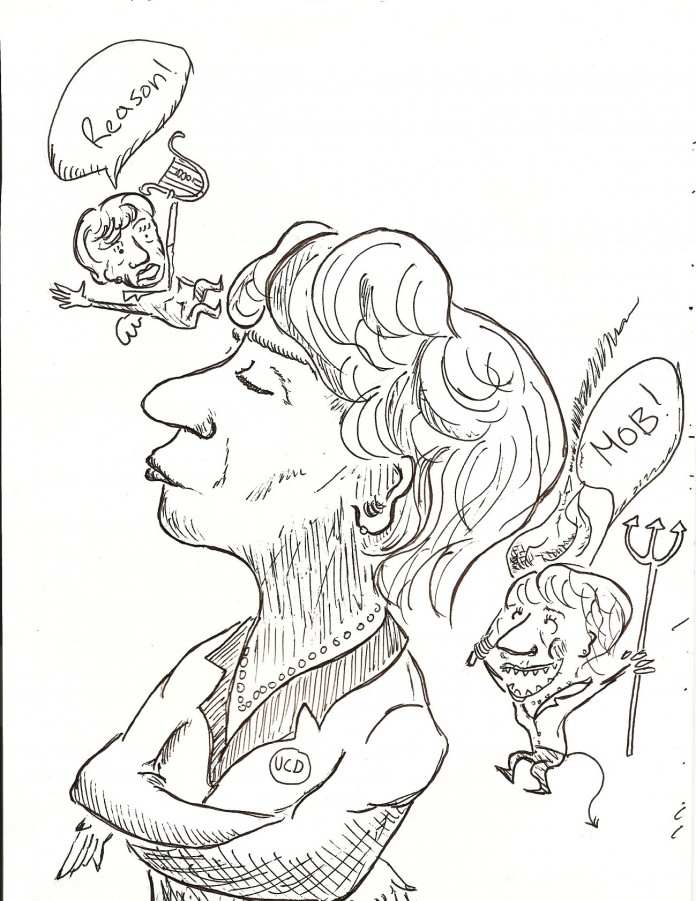 As the Occupy movements have simmered down, University of California Davis has reached a boiling point. In response to the pepper spraying that occurred on the Davis campus in November, the UCD faculty have submitted a petition to the UCD Academic Senate to hold a vote of no confidence in Chancellor Linda Katehi’s leadership, the UC faculty website reports.

Everyone seems to be out for the Chancellor’s blood, but all of this outrage stems from a 15-second sound byte. The UCD police officer calmly walking down the line of supposed students, shooting a stream of orange pepper spray directly into their faces has been condemned as outrageous and police brutality by the National Public Radio.

A UCD student, who wishes to remain anonymous for fear of backlash from supporting the chancellor on this volatile issue, believes the Chancellor made the right call.

“I rode past the whole thing on my way to class. The people who got pepper sprayed weren’t all students; they weren’t affiliated with the university trying to get everyone all stirred up,” said the student. “I think the Chancellor made the right choice. She only ordered the removal of people from the quad who were disrupting other students and were in violation of public health ordinances.”

While many have blamed the public health ordinance as an unfit reason to send the UCSPD in to break up the camp, the student says, “There are no bathrooms and the University had locked all the buildings for the weekend. It would have been disgusting.”

While things got out of hand, most of the fault should fall upon the UCDPD officers who chose to pepper spray students in the face. Katehi stated that she only gave the police permission to remove tents peacefully and to stop if students were aggressive or violent, reports the Los Angeles Times. Also, Katehi made it clear that she wanted a Davis issue to be held by Davis personnel.

While the decisions going into the removal of the Occupy movement were good intentioned and meant to protect students, the results do not merit the removal of the Chancellor. The UCD faculty is voting this week to determine if the removal if Kaheti will be beneficial, claiming that universities are forums for free thought and expression and administrators should respect and protect those rights, states the Sacramento Bee. On the other side of the fence, there has been no call or actions taken against the police officers who pepper sprayed people at close range.

The officers took the orders given by the Chancellor and took them to the extreme and the only repercussions they have felt is being placed on paid, administrative leave says the Sacramento Bee.

While Kaheti did make a judgment call which erupted police brutality against students, she should keep her job. It is easy to rake her over the coals in retrospect, but she obviously did what she thought was best to protect her students. The real perpetrators should be the ones facing the firing squad.