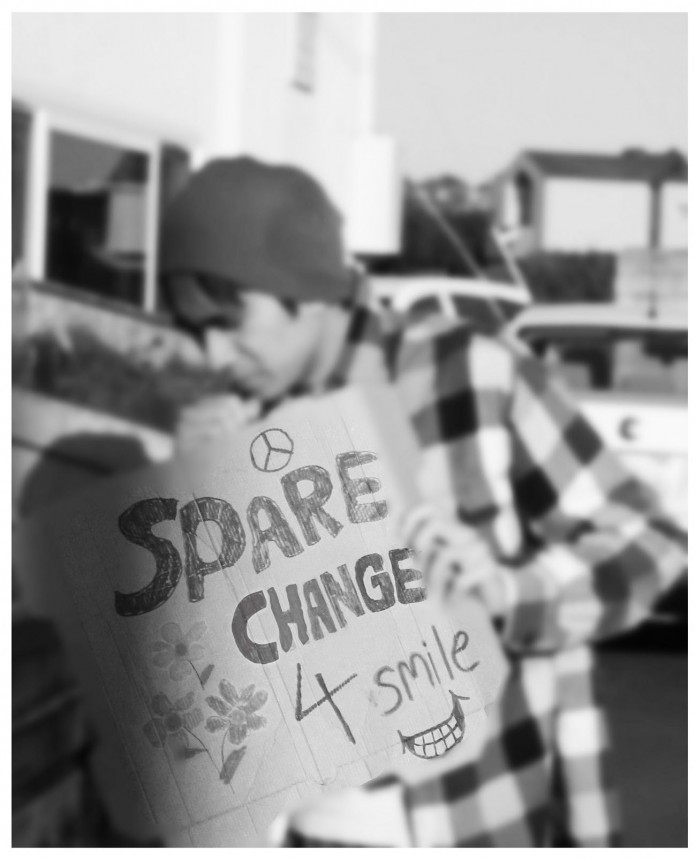 Although homeless people do not represent a completely foreign class of people to me considering my LA roots, I did possess a hopeful attitude that I would escape the smell- I mean them- for at least the four years with me attending the University of California Santa Barbara. However, this beautiful city that I now call mine does unfortunately have its fair share of homeless people roaming State Street, parts of Goleta and even the local Isla Vista.

Believe me, I am just as compassionate and understanding as the next person. I understand that some homeless people do have their unfortunate stories and circumstances as to why they have resorted to sleeping on public benches and begging for money from every passers-by. However, there exists a portion of these people that simply are lazy and do not seem to possess this desire to help themselves elevate from their current situations. Yes, some view this laziness aspect of homeless people as a mere stereotype or myth. However, there definitely exists some truth in this stereotype. As unsympathetic as it may sound, it becomes difficult to want to help a homeless person that sits on the same park bench day after day asking for money. And I am supposed to give these people money? I just need some sort of indication from the homeless person’s part that shows some sort of effort or desire to overcome this particular adversity.

Actually, I once witnessed a homeless person rummaging through the dumpsters in the parking lot behind a restaurant in LA. He was collecting all the cans and bottles from the dumpsters and putting them into his shopping cart. As disgusting as this scene may sound regarding all the trash he went through, I could not help but smile at the sight of a homeless person doing more than just relying on other people’s donations. Although recycling alone cannot provide a homeless person with the basic necessities of life, it is a start nonetheless. That one small scene did show that aside from the services and opportunities that a shelter can provide, there exists other ways for a homeless person to proactively break his cycle of homelessness.

After a long week of classes and meetings, I would rather not be pestered for money or food as I stroll down State Street or do my laundry at the laundromat near Kmart. Homeless people tend to invade these public spaces and ask for money at the most inopportune times. Furthermore, I also become annoyed when some of them tend to make you feel guilty if you decide to say “no” to them. Honestly, it is ultimately my decision if I give money to a homeless person and I should not feel extremely guilty if I decide to say “no.”

Perhaps the constant rejection that homeless people face when begging for money will encourage them to stop dwelling on their unfortunate circumstances and actually take control of their lives. Perhaps the constant rejection will force them to stop solely relying on the donations of other people, which will hopefully ignite an internal desire to overcome their hard times.