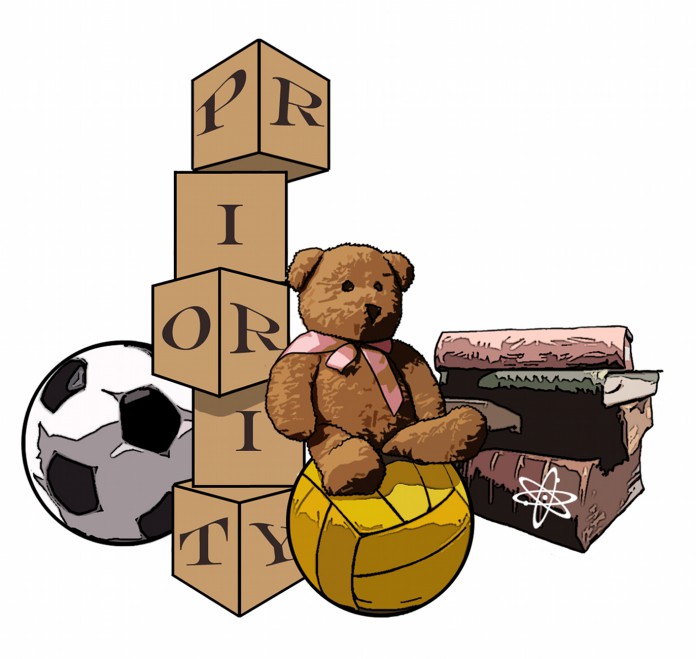 Anyone who has had to crash a class here at the University of California Santa Barbara has had an intimate relationship with The Wait List, or Dante’s Innermost Circle of Hell, as some students have endearingly named it.

As the budget crisis in California has grown worse, the University of California system was one of the first to be put on the chopping block. The annual Grapevine study by the Center for the Study of Education Policy at Illinois State University concluded that there was a $1.5 billion spending reduction in California over the last two years. Also, the UC Office of the President released a report stating the state’s per-student spending had decreased 40 percent since 1990. As a result, classes have gotten bigger and are offered less frequently, making it a common occurrence to be forced to descend into the inner most circles of Hell at least once per quarter. Students have become increasingly frustrated as it becomes harder to get key classes.

Class registration prioritization has recently come under fire as unfair here at UCSB. Athletes, honors students, engineers and students in the College of Creative Studies are given better pass times, an unfair advantage in the eyes of some Gauchos.

“Yeah, we get better past times, but there are only about 500 of us in CCS. There are more Honors kids,” says Jared Roesch, a computer science major in CCS.

He, like most engineers, who have to take massive amounts of math and science, are often given priority registration and reserved seats in major required classes. Without earlier pastimes, engineers quickly fall behind in their massive amounts of prerequisite classes, forcing many to have to stay a fifth year. Seniority prioritization benefits junior and seniors who need to register for major classes in order to graduate. Cutting seniority pass times would be a hard blow to students, because it is a system that benefits everyone at UCSB.

It is harder to defend better past times for athletes, honors students or those in CCS, but UCSB students need to take a step back and recognize that these students have unique circumstances and are trying to cram in more than the regular course load. Athletes need priority registration so they can work class around mandatory practice and games.

“Honors have different requirements for graduation, so we need to be able to get the classes that will get us out of here on time,” states Laura Barley, a biology major. “People need to understand that we are doing more work than regular majors and need those pass times.”

And for those crazy CCS kids, Gauchos can relax because they are pretty scarce on the ground and even though they can take regular classes, it doesn’t have much impact.

While the system is not perfect, UCSB needs to recognize that while it is tough to get classes, everyone is feeling the pinch. Those with priority registration don’t need to be a scapegoat for budget frustrations. If Gauchos want to see some real change in the system, remember that this is an election year and that maybe it’s time we all gave Sacramento and Washington a message.