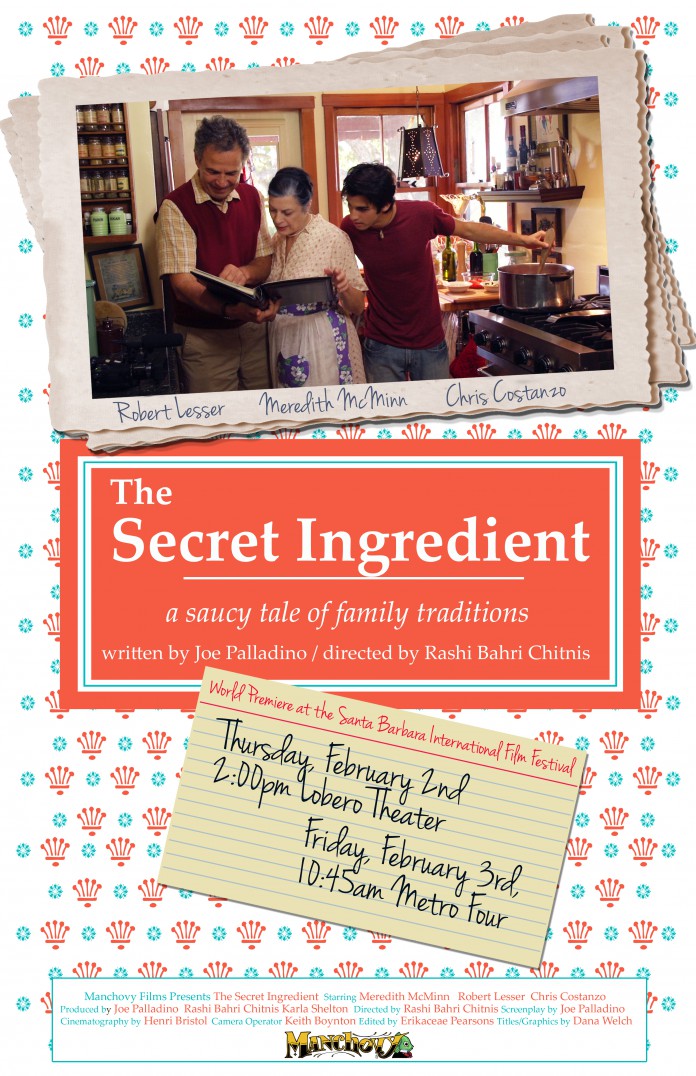 Movie theaters downtown host award ceremonies for Hollywood actors and special screenings annually from Jan. 26 to Feb. 5 for the Santa Barbara International Film Festival. Many consider this festival to be an excellent way for new films to gain hype, which is the case for University of California Santa Barbara entries this year.

One film is written and produced by undergraduate film advisor Joe Palladino and the other, directed by film major Kiarash Reghabi, is a part of the student competition within the festival.

Palladino studied at UCSB in the 1980s and after a period of work in the industry returned back to the campus as advisor of the film department. “The Secret Ingredient” is the first entry Palladino has had in the festival.

“It’s a 20-minute short about two generations of a family really getting to bond over a cooking lesson,” said Palladino. “A grandmother teaches her grandson about the family as he’s learning how to make spaghetti sauce and it turns out there are things that he knew, but also things that he finds out.”

10-10-10 is the student competition of the festival, which consists of 10 crews and 10 movies that are made in the space of 10 days. As part of the process, students are given the opportunity to have industry professionals work with them.

Students can enter for either screenwriting or directing in the competition; Palladino was responsible for selecting entries from UCSB.

“For the writing sample, we looked to see if they have a sense of script structure, and we looked for originality,” said Palladino. “As for directing, you have to see if the person can work as part of a team, and of course, if they can finish a film in 10 days.”

Reghabi, a third-year transfer student, has had experience directing in his studies at UCSB and is a part of an online sketch comedy group in Los Angeles called A Box of Scraps. The film, “Cat Ladies,” tells the story of two teenage girls who fight over a cat, seeking it as a source of comfort.

“We interpreted it so that these girls are fighting over a guy, just represented in the form of a cat,” said Reghabi. “The characters never notice-we meant only for the audience to take note of it.”

Reghabi admitted that the 10-day limit was very stressful and intense, but was a good way to prepare for work in the film industry.

“I think it should be this hectic at times, since otherwise you end up half-assing it,” said Reghabi. “Also, it’s crucial to be motivated to enjoy what you’re working on.”

Both Palladino and Reghabi have plans for future films-the 2012 Santa Barbara International Film Festival is by no means the end for them. Palladino aspires to create a documentary about KTYD, the classic rock radio station. Reghabi plans to enter the film festival again next year with another short film, but participate in a special category for Santa Barbara locals. While their future plans are unknown, our UCSB filmmakers are lighting up this year’s big screen.