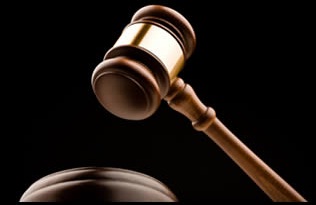 Recently, the media has blown up with shocking articles on heinous incidents of nation-wide child sexual abuse. The perpetrators in these crimes have been passively accused in the past, but were not brought to justice until much later. Because of this, some have begun to question the ability of people to act on abusive allegations.

One recently notorious incident in particular involves Mark Berndt, a 61-year-old elementary school teacher at Miramonte Elementary School in the Los Angeles Unified School District. Berndt has been charged with 23 counts of lewd conduct, which includes blindfolding his students, spoon-feeding them his own semen, putting cockroaches on their faces and taking bondage-type pictures of it. Berndt was discovered when his photos were developed at a local CVS. An employee saw Berndt’s pictures and reported them to the police. Berndt is currently jailed with a bail set to $23 million.

Disturbingly, accusations of Berndt’s child abuse date back to 1990, when he was accused of lewd behavior and then again in 1994, when a 10-year-old girl reported him reaching toward her genitals. Both times, these accusations were written off and no action was taken. One thing to note is that Berndt had a good reputation as a teacher and was well liked by many who knew him.

What can authority’s inability to act on these appalling allegations tell us about the kind of trust in our society? Of course, many of us tend to view elementary school children’s complaints as sometimes illegitimate, and therefore many of their voices are pushed away with a “don’t be silly.” But, in the case of child abuse or any other horrible deed for that matter, people on the receiving end should be as attentive and investigative as possible.

Berndt’s case highlights the recent Sandusky scandal. Jerry Sandusky was arrested last November and charged with 40 counts of child sexual abuse over a span of 15 years during his time as Pennsylvania State University’s football defensive coordinator. Officials say that Penn State officials covered up the events in order to save the reputation of their football program. Information was finally released in 2011, over a decade after the fact. Even Head Coach Joe Paterno admitted to knowing about one of the incidents back in 2002, but never spoke out.

The recent epidemic of child sexual abuses should tell us that there is no tolerance for these lewd crimes, and moreover, there should be no tolerance for not taking them seriously. Child abuse is degrading, traumatizing and can ruin the lives of young ones. If Berndt’s case were to be investigated in 1990, the school would have saved themselves from many years of student abuse and the perpetrator would have been brought to justice. The same stands with Penn State. A program is not worth saving if it is run under the child-abusive mind of Sandusky. This is utterly and morally wrong. Instead, these two offenders’ actions were not pursued, and they continued their sexual predation for many years.

So let this be a lesson to us as students and prospective parents. Sexual abuse is an incredibly huge issue, and it affects not only the victim but also the people who surround them. Never take allegations of sexual abuse lightly, and alert local authority if suspicion should escalate. After all, people who actually have been abused need others who will listen. We can save these kinds of horrific events from taking place.