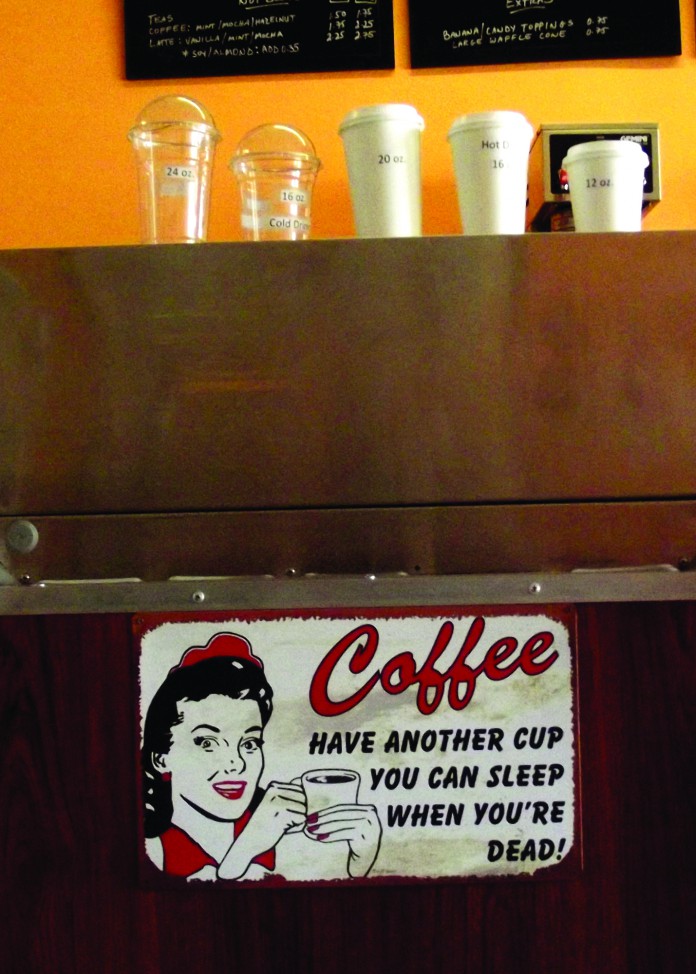 For many students, that morning cup of coffee before an 8 a.m. class might be more than just a shot of caffeine to jump start the day.

A study recently published in the American Journal of Clinical Nutrition claims that caffeine intake tampers with women’s estrogen levels. The research, led by Dr. Enrique Schisterman, and conducted between 2005 and 2007, looked at over 250 women between the ages of 18 and 44. According to the study, the alteration is also associated with and affected by race. Caffeine consumed by white women who participated in the study resulted in decreased estrogen levels, while that same intake by Asian women resulted in an increased level of estrogen.

Women who participated in the research were studied up to three times a week over the course of two menstrual cycles. Various personal behaviors such as exercise, eating and smoking were taken into account and recorded. The average amount of caffeine that was consumed by these women daily is approximately 90 milligrams, the same as about one cup of coffee. Across the nation, 90 percent of women between the ages of 18 and 34 drink roughly one to two cups of coffee daily, or the caffeine equivalent.

Estrogen is the primary female sex hormone that regulates a woman’s menstrual cycle and nurtures the development of secondary sexual characteristics in adolescent girls. Low levels of estrogen can cause medical complications that range anywhere from sleeping difficulties and irregular periods to sexual dysfunction and ovarian failure. On the other hand, high levels of estrogen can cause weight gain, mood swings and anxiety.

Erika Matadamas, a second-year global studies major, had “no idea that caffeine could effect different races in such a different way.”

Schisterman is unclear as to the underlying cause of the estrogen level alterations, saying that it is likely that genetics may perhaps have an influence on caffeine metabolism. The source of caffeine intake also plays a significant role in the study. When caffeine consumption from beverages such as green tea and soda were analyzed, apart from coffee, an increase of estrogen proved to be the case for women of all races.

Lupita Perez, a first-year sociology major, found it “so crazy that so many people have no idea what the effects of caffeine are.” She wondered how such a socially accepted custom of drinking coffee, especially at a university where for many people a cup of coffee is necessary to study all night, would have those hidden repercussions.

Fortunately, healthy women who participated in the study saw no significant short-term impacts on their overall health and ovulation due to these changes in estrogen. This led Schisterman to ultimately conclude that drinking coffee will not alter young women’s hormonal functions in any crucial way.

While irregular estrogen levels, either too high or too low, pose threats on young women, for the time being students can rest assured that their one or two cups of coffee a day will not significantly alter their estrogen levels in the short-term. The long-term effects, however, still remain a mystery.