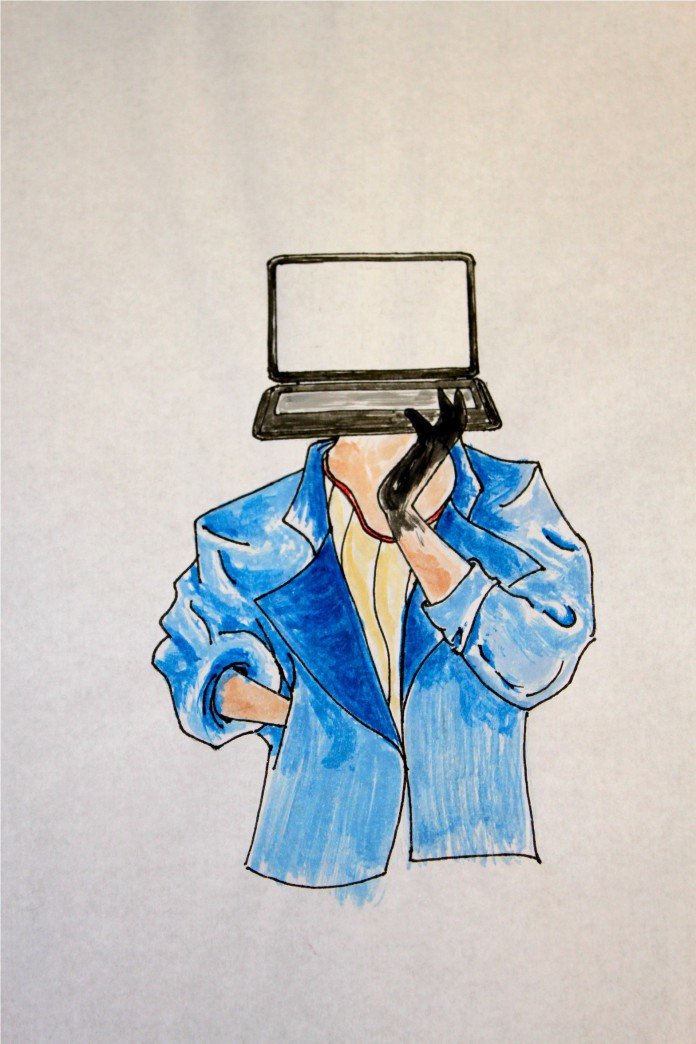 I had a terrible nightmare the other night. Instead of meeting for a quick cup of coffee, my friend and I spent 30 minutes texting back and forth about our day. After that, instead of going in to talk to my professor during his office hours, I emailed him from home with my question. Because of this, he never got to know who I was, even though he would have been a great source for a letter of recommendation if he had. I ignored a cute guy at the bus stop asking me the time because I was busy responding to a text. And I spent far too much time on Facebook trying to catch up with my 1000+ “friends,” most of whom I rarely see, and whose meaning sadly seems to dispel even more as the sheer number of “connections” I’ve made grows.

Oh wait, that wasn’t a dream. This technological detachment is becoming today’s reality.

Little by little, Internet and mobile technology seems to be subtly destroying the meaningfulness of interactions we have with others, disconnecting us from the world around us, and leading to an imminent sense of isolation in today’s society. Instead of spending time in person with friends, we just call, text or instant message them. It may seem simpler, but we ultimately end up seeing our friends face to face a lot less. Ten texts can’t even begin to equal an hour spent chatting with a friend over lunch. And a smiley-face emoticon is cute, but it could never replace the ear-splitting grin and smiling eyes of one of your best friends. Face time is important, people. We need to see each other.

This doesn’t just apply to our friends; it applies to the world around us. It should come as no surprise that face-to-face interaction is proven by studies to comfort us and provide us with some important sense of well-being, whether it’s with friends or friendly cashiers in the checkout line of Albertson’s. That’s actually the motivation behind Albertson’s decision last year to take all of the self-checkout lanes out of its stores: an eerie lack of human contact.

There’s something intangibly real and valuable about talking with someone face to face. This is significant for friends, partners, potential employers, and other recurring people that make up your everyday world. That person becomes an important existing human connection, not just someone whose disembodied text voice pops up on your cell phone, iPad or computer screen.

It seems we have more extended connections than ever in this digital world, which can be great for networking, if it’s used right. The sad fact of the matter is that most of us don’t. It’s too hard to keep up with 1000 friends, let alone 200. At that point, do we even remember their names? We need to start prizing the meaning of quality in our connections, not sheer quantity.

One of my best friends from my hometown has 2,241 Facebook friends. Sure, her posts get a ton of feedback, but when I asked her about the quality of those relationships, she said to me that she really has few friends that she can trust and spend time with happily. Using a strange conundrum like this as a constructive example, we should consider pruning our rampant online connections at the very least.

Past evolutionary psychology research by British anthropologist and psychologist Robin Dunbar has revealed that people are actually limited to a certain number of stable, supportive connections with others in their social network: roughly 150. Furthermore, recent follow-up research by Cornell University’s Bruno Goncalves used Twitter data to show that despite the current ability to connect with vast amounts of people via the Internet, a person can still only truly maintain a friendship with a maximum of 100 to 200 real friends in their social network.

While technology has allowed us some means of social connection that would have never been possible before, and has allowed us to maintain long-distance friendships that would have otherwise probably fallen by the wayside, the fact remains that it is causing ourselves to spread ourselves too thin, as well as slowly ruining the quality of social interaction that we all need as human beings.

So what are we doing with 3000 friends on the Internet? Why are we texting all the time? Seems like a big waste of time to me. Let’s spend more time together with our friends. Let’s make the relationships that count last, and not rely on technology to do the job for us.