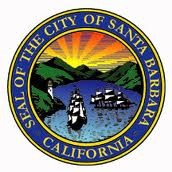 [12:11 am update]: With 8,142 votes, Cathy Murrillo has moved passed Randy Rowse to second place. Rowse can still maintain a seat on the city council behind Murrillo with 8,007 votes and Dale Francisco continues to sit at the top of the ticket with a total of 8,246 votes.

[11:35 p.m. update]: Final tabulations have been made for the night, excluding provisional ballots, which will be tallied tomorrow. Dale Francisco, Randy Rowse and Cathy Murrillo still maintain the top tree spots and look poised to serve on the Santa Barbara City Council.

[10:45 p.m. update]:It’s an election night in Santa Barbara as today marks the end to Santa Barbara’s month-long vote-by-mail City Council Election. A total of 10 candidates ran for 3 vacant spots and as of 10 p.m. Tuesday night, 15,100 ballots have been counted.

Incumbents Dale Francisco and Randy Rowse lead the pack with 7,097 and 6,883 votes, respectively, and former KCSB Director Cathy Murillo rounds out of the top 3 amongst the city council hopefuls with 6,597 votes. Incumbent Michael Self currently trails Murrillo by 200 votes.

The City Barbara City Clerk’s Office said they are still processing envelopes and the election is ‘still moving along at this point.’

Here is an overview of the current vote tally:

IVCSD Board Tables Discussion on Non-Profit Tax Exemption to February