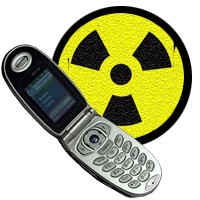 Are cell phones carcinogenic? In a word, maybe.

The evidence from most studies is inconclusive due to a variety of confounding variables and the constantly changing nature of technology. But considering that approximately 96 percent of American undergraduates own a cell phone, according to the Pew Research Center’s Internet & American Life Project 2010 tracking survey, such a link would have great repercussions for college students. The risk potential arises primarily from holding the cell phone up to the ear, since the device emits radio waves when sending out a signal to connect with a base tower. Some of these electromagnetic radiation waves may then be absorbed by human tissue in close proximity.

Numerous studies have been conducted to test the link between talking on the cell phone and the increased likelihood of brain tumors, one of the latest being a preliminary study published in “The Journal of the American Medical Association” this year that linked increased levels of glucose metabolism in the brain with talking on the cell phone. However, researchers noted that this cell phone usage effect does not necessarily have adverse health consequences for users.

For now, the World Health Organization tentatively categorizes cell phones as being “possibly carcinogenic to humans,” though the severity of this categorization is diminished simply by the fact that the classification also includes coffee and gasoline fumes. Further evidence that counteracts the claim that radiation from cell phones causes significant brain damage comes from a Danish study released in October 2011, which studied 350,000 people. The research, published in the medical journal “BMJ,” found that users of cell phones did not exhibit higher brain cancer rates than non-users.

“If there is an effect it must be very small, because if it was a large effect it would have shown up in a study like that,” said Rolf Christoffersen, UCSB associate professor in the Department of Molecular, Cellular and Developmental Biology, in reference to the study.

Despite the conflicting perspectives and research, the possible adverse effects of cell phones may prompt reflection upon how indispensable cell phones have become to the contemporary lifestyle for many people. Students in particular are avid cell phones users, many virtually inseparable from these little gadgets and their handy apps. In fact, in a huge lecture hall it is almost a guarantee that at least one student may be texting away at any given moment, eyes glued to the bright little smart phone screens.

“I am super reliant on technology now that I have my iPhone,” Miya Sommers, a second-year global studies and cultural anthropology double major, said. “I use that to check my email; I text a lot; I use it for scheduling; I surf the web with it; I do everything with this phone so it has kind of become part of my life.”

Despite actively using the technology, many students still appear to not be fazed by the possibilities of cell phones causing cancer.

“I am not worried that my phone is secretly killing me,” Gabriel Trejo, a third-year sociology major, said. “Studies have no effect on my perception because they are inconclusive.”

“I don’t really think it’s a big issue unless you talk on your cell phone excessively, and by excessively I mean maybe more than three hours a day,” Shayane Santiago, a second-year biology major, said. “More research can be done, but I don’t really think that is a huge issue. There are a lot of other things to be concerned about.”

For now it seems that there is no need to panic about the cell phone cancer risk, although the studies in question could be predecessors to conclusive medical discoveries in the near future. Such research also inspires reflection upon the role of technology in the modern lifestyle, and questions if people are dependent enough on it to possibly compromise their health.