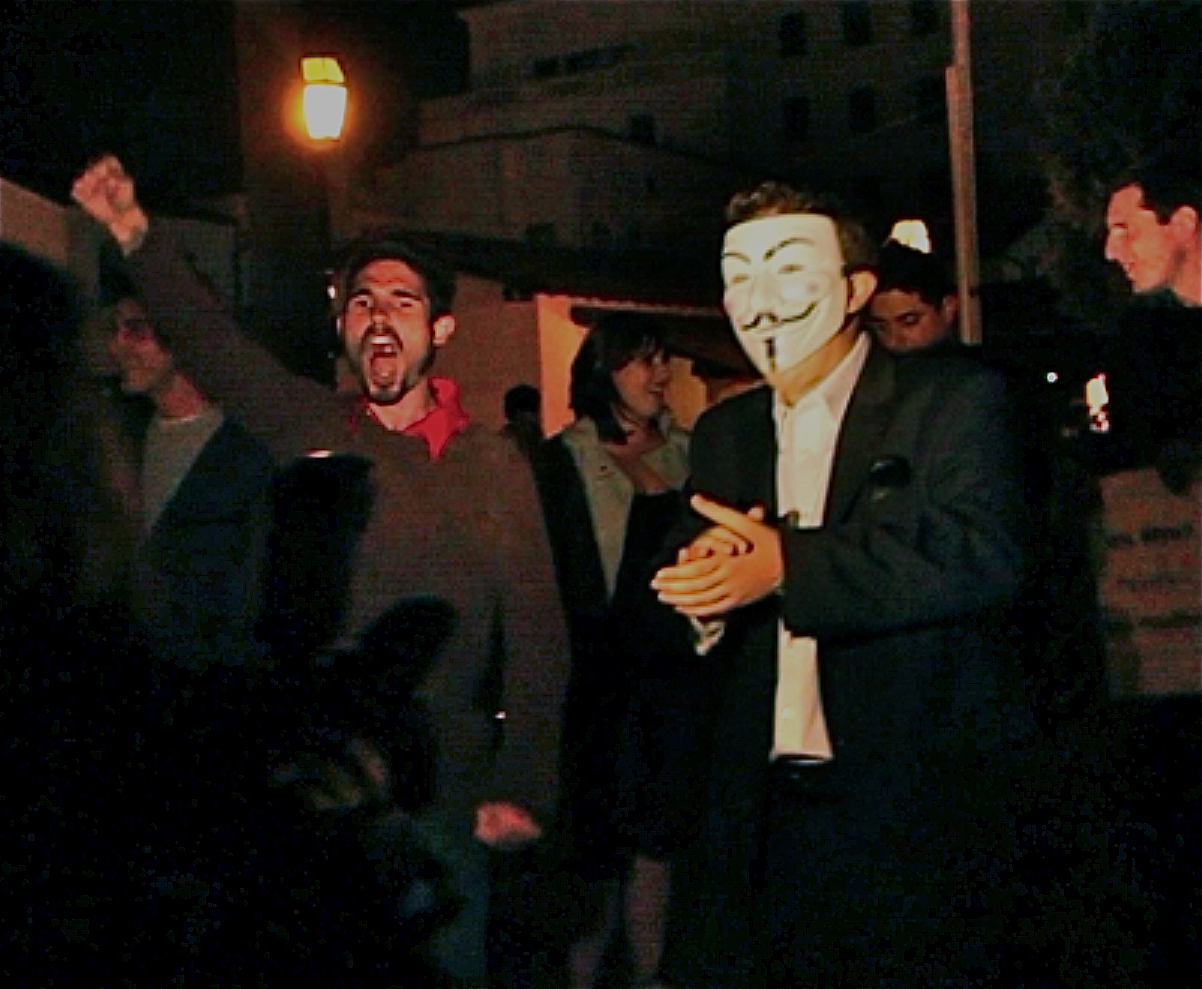 It was noon outside Santa Barbara City Hall and the crowd was already starting to gather.

All across De La Guerra Plaza on Saturday, Oct. 8, people were either setting up camera equipment, pitching shade tents, carrying cardboard signs saying, “We are the 99%” or talking among themselves in groups. They were preparing to be a part of a series of protest movements that began on Wall Street on Sept. 17 and has since seen demonstrations all across the country, including the emergence of Occupy Santa Barbara. The movement organized a march to leave from the plaza at 12:30 that afternoon.

A quick glance across the plaza shows people from all different walks of life: students, activists and the everyday man.
Penny Little, a local activist, multimedia specialist, and musician was helping set up the camera equipment for the march.
“This is an extremely diverse group of people. There are a lot of young professionals, they’re a lot of students, they’re veterans for peace, they’re Democrats, they’re Republicans, they’re non-partisan people who’ve given up on both parties,” she said.

After a half-hour pre-rally, the trek began. Holding a banner saying “Occupy SB” in front, with anywhere between 100 and 200 people following behind, the protestors left De La Guerra Plaza and turned onto State Street chanting “We got sold out, banks got bailed out!”

They approached the Bank of America office on the corner of State and Canon Perdido, where people observing the protest from the sidewalk joined the marchers as they continued further into the downtown business district to bring the march in front of the Wells Fargo building on Figueroa and Anacapa, and the Chase Bank office on State Street outside Arlington Theater. By the time the crowd marched back down State Street and returned to De La Guerra Plaza, their ranks had grown to over 200 people.

One of the common attributes to Occupy SB and Occupy Wall Street is that the movement is not tied together by any specific list of demands, but by a set of common grievances including the removal of legal personhood status of corporations and the increasing encroachment of big business on politics.

“I couldn’t sit by any longer and watch as corporate greed literally destroys our country…as it tugs the strings behind our government, to basically disenfranchise the people who have made this nation what it is,” said David Bodek, a fourth-year English major and member of Occupy SB’s legal committee. “In spirit at least we are here, in solidarity with not just Occupy Wall Street, but all the cities across the nation that are choosing to get out, exercise their first amendment rights and tell everyone that can hear that we are fucking sick of corporate greed.”

Occupy SB is planning to host another march this coming Saturday, Oct. 15. Marshall Getto, a data systems analyst at ABC-CLIO, and a member of Occupy SB’s accounting committee plans to be there.
“If the march today… and the occupation’s that have been going on around the world say anything, it’s that this movement is here to stay and it’s going to change the way we do business, not just in this country but around the entire world,” Getto said.