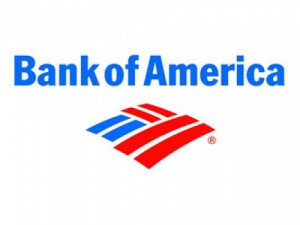 Bank of America, the country’s largest bank in terms of monetary assets, announced a new $5 monthly charge to its customers last week. This fee, expected to take effect starting January 1, 2012, was a response to new government regulations imposed on businesses, which cut the fees collected from debit card transactions by about half.

To make up for that monetary deficit, consumers using Bank of America debit cards would be expected to pay this fee for swiping their debit cards at least once during that month.

Bank of America is not the only nationwide bank considering this debit fee. Many others, including the fourth-largest bank Wells Fargo and second-largest bank J.P. Morgan Chase are either considering similar fees or are currently in the process of testing them in certain regions.

Students dependent on fee-less money management will be hit hard, as they now have an important decision to make: staying with larger banks could mean extra fees, while choosing smaller banks or credit unions could mean less security or accessibility for their money.

Many have become quite accustomed to the reliability and efficiency of bigger banks, whose nationwide branches greatly increase accessibility for customers who are far away from their hometown banks.

Second-year communications major Rachel Culhane uses a debit card from a credit union located more than 150 miles away, and has desired a “big bank” brand checking account simply for its convenience.

David Kwong, a third-year biology major at Santa Barbara City College, who uses a Bank of America debit card, thinks that the greater the number of locations a bank has the more accessible it is for customers who need help.
“I feel pretty good [about Bank of America],” said Kwong. “I lost my debit card a couple of months ago, and they helped me get it back right away. That’s the good thing about a big-name company: they can help you right away, since they have so many employees.”

But does the upcoming Bank of America fee worry Kwong?
“For me, I don’t feel too bad since it’s only $5. People can make more than that in one hour, but some need the money,” he said.

Fourth-year communications major Anthony Fernandez, who uses a Wells Fargo debit card, is not discouraged by the prospect of these fees in the future, and sees this as acceptable for big businesses to do.

“If there has to be a way for them to make back the money they are losing, this is a pretty reasonable way to do it. Five dollars really isn’t that big of a deal, though I’d rather spend that on a Subway foot-long or at Freebirds. [A monthly fee] is much better than charging you every time you use it; those can really rack up,” said Fernandez.

While it is unclear exactly what will happen in the future, Bank of America’s decision to initiate a monthly fee for debit cards could either lead to other large banks following suit, making such fees standard business practice, or cause them to abandon the idea as more customers move to smaller, more local banks.