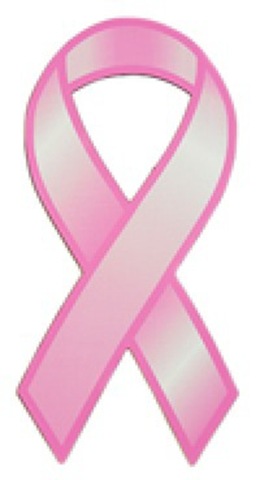 As students at a school with a reputation for sexual permissiveness, University of California Santa Barbara attendees are continuously warned about the dangers of unprotected sex. Condoms are constantly being handed out to promote safe sex. Student Health makes the birth control pill easily accessible and affordable and a large part of freshman orientation is dedicated to how to practice safe intercourse.

But when it comes to oral sex, the threats that accompany having unprotected sex are often overlooked. Although students (particularly adolescent girls) are typically informed about the danger of contracting the Human papillomavirus from unprotected oral sex once they hit puberty, the topic itself is considerably less discussed. However, a recent study discovered another reason for those engaging in oral sex to protect themselves: the possibility of contracting throat cancer.

While HPV is known mostly for causing cervical cancer in women, the study says that the type 16 strain of HPV helps cause cases of throat cancer in both men and women. Unlike cervical cancer, which can be found during exams, throat cancer cannot be screened for and is usually not noticed until severe symptoms such swollen lymph nodes in the neck, lasting earaches and sore throats are analyzed.

Since the HPV type 16 virus affects both men and women, some now believe that boys should be encouraged to receive the HPV vaccine shot just as much as girls. According to the study, more men than women are affected by throat cancer.
According to its website, Gardasil, a vaccine given to girls between nine and 26, helps protect against two types of HPV that cause 75 percent of all cervical cancer cases and 90 percent of genital warts cases in men and women. It is not mandatory for either gender to receive the vaccine, but girls are strongly encouraged to by their doctors whereas boys are not.

It is important to note some facts about HPV and symptoms to understand as to why it can be such a problem. According to the Center for Disease Control and Prevention website, “most people do not develop symptoms or health problems and in 90 percent of cases, the body’s immune system clears HPV naturally within two years.” Without symptoms, people can spread the infection without even being aware of it.

“There are over a hundred types of HPV and it is estimated that over 40 types can affect the genitals of men and women,” Mary Miller, an OB/GYN physician at Student Health said.

Miller added that there are so many types of HPV viruses that do not show symptoms, which can also probably be responsible for HPV being “the most common sexually transmitted infection.”

When asked about the HPV vaccines, many male students on campus did not even know what it was, let alone that they could receive it.

“I have no idea what Gardasil is,” Daniel Bortner, a second-year undeclared major, said. “I don’t even know what HPV is.”

Many other students had similar responses.

Despite the benefits of the vaccine, some men did not see a need to receive it even after being informed of its benefits and the increasing cases of HPV related throat cancer.

“I don’t really feel threatened by it, there are always other ways to protect yourself from STDs,” Bortner said.

“I just got it because the doctor said I should, but I didn’t really think about it,” Daniel Mena, a second-year actuarial statistics major who received the vaccine said.

“It’s not that I don’t think it’s necessary, it’s more that I don’t feel a pressure to get it,” Nicholas O’Connor, a fourth-year biochemistry major said.

Whether or not people decide to get the HPV shot Miller still strongly encourages that people practice safe sex and “use condoms! Every time!” She would also like to dispel the belief that oral sex is not sex, and that only certain groups of people can contract HPV.

“HPV does not discriminate,” Miller said. “It doesn’t care if you’re male or female, gay or straight.”