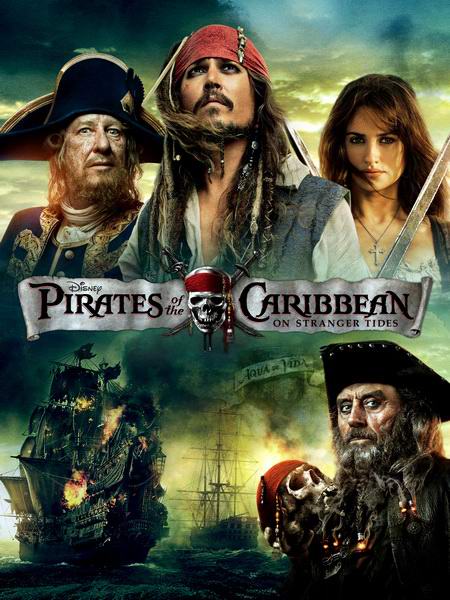 -This review contains some spoilers-

Pirates of the Caribbean: On Stranger Tides is a pretty good film, and absolutely a great summer blockbuster, but of course it is not without its flaws. It is definitely much better than the absolute mess that was the third installment (At World’s End), but really not on par with the first (Curse of the Black Pearl). The cinematography is not as great as the previous films due to most scenes taking place at night or in the dark. The soundtrack is just okay – not bad, but not as memorable as the first.

On Stranger Tides keeps with the spirit of the previous films and incorporates much of the same humor, such as Jack cleverly evading a mob of royal guards. There are a few good action scenes and the film features a number of locations: an island, various ships, a cove and the fountain of youth itself. The return of a few familiar characters is most welcome, and the introduction of some new faces is rather refreshing. The absence of Elizabeth and Will is also a plus, as this allows for some actual swashbuckling fun rather than a boring and drawn-out love story.

Jack Sparrow returns, and this time he is the hero of this film. Although this new perspective is interesting, it doesn’t really work because Jack has always been a side character, usually used for comic relief. He is constantly drunk, mischievous and vague, and he never really changes. This is why he’s not a good main character – his character does not develop. The first Pirates movie begins with Jack being a drunk swashbuckling trickster and at the end of this film, Jack is still a drunk swashbuckling trickster. Only the characters around him change.

Another strange aspect of the film is the forced romance. In On Stranger Tides we are introduced to Jack’s love interest, Angelica (played most unconvincingly by Penelope Cruz). We are constantly told that they used to have “feelings” for one another. Instead of showing us that these characters harbor a genuine affection for one another, it must be beaten over our heads through awkward scenes and dialog. Because of this, the entire sub-plot of their romance falls flat. The chemistry between the two characters was severely lacking, and for the most part it just felt forced. There is also a strange romance between a priest and a mermaid which is never fully explained, and seemed only to detract from the storyline.

The main villain of the film, the legendary pirate Blackbeard, was also a weak addition to the movie. He is hyped up by the minor characters and referred to as a menacing figure that “never leaves his cabin.” After his grand entrance, however, Blackbeard deflates into a most unthreatening older fellow who is just selfish. It is revealed that he can reanimate the dead by turning them into zombies, but there are only two discernable zombies in the film and they have very little screen time. Also, Blackbeard is seeking the fountain of youth so that he can avoid being murdered – so why doesn’t he just turn himself into a zombie? It is also revealed that he can create voodoo dolls that actually work – so why not simply create a voodoo doll of his enemies and then destroy them? Plot holes such as these really decreased all of Blackbeard’s potential to be threatening.

Another problem was the change in tone which was no doubt influenced by the change in director – this was the first Pirates film that was not directed by Gore Verbinski. Much of this film takes place on land, and overall this makes it feel very “dry.” There aren’t any epic ship battles, and Blackbeard’s greatest weapon (an ability to control his ship by using an enchanted sword) is never used to its full potential. Many of the ship scenes take place at night or in the undertow, and the film feels a lot darker than the others for this reason as well.

Pirates of the Caribbean: On Stranger Tides is actually the best film I’ve seen all year, and I did enjoy it – I just didn’t think it was as good as the original. Although it was better than the third installment, it didn’t have the same interesting characters and villains and many of the new characters felt flat. Although the film feels very dry due to the lack of ship-based action, the changes of scenery are quite refreshing. The introduction of new creatures into the mythology, such as mermaids and zombies, was also quite intriguing and it will be interesting to see how they incorporate these creatures into the next installment. Fans of Jack Sparrow or Pirates of the Caribbean will get their money’s worth. Flaws aside, this is by no means a bad movie, but it is far from being a Disney classic.