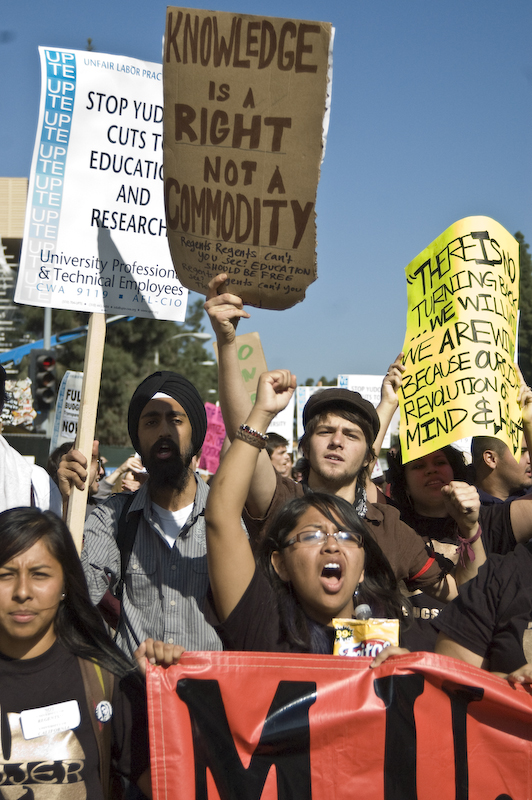 The saying goes everyone is a critic. The new saying could be that with the prominence of the Internet, everyone is an activist. Or at least they think so.

Boston Harbor, December 16, 1773: a large group of aggravated colonists gathered together to display their contempt toward the British government for the newly created Tea Act which gave a tax break to the East India Tea company. “No taxation without representation” became their anthem, boats were boarded and tea was tossed into the harbor. And so the Boston Tea Party became one of the earliest examples of American political activism.

Fast forward to Greensboro, North Carolina on the afternoon of February 1, 1960 where four terrified but courageous African-American college students sat a lunch counter while one attempted to order a cup of coffee. After being refused to be served because they were “negroes,” they also refused. They refused to accept any more discrimination. They were back the next morning with even more people and the protest only continued to grow. A week later, demonstrations had popped up in locations miles away and then in other states. Numbers grew from four to twenty, to hundreds to thousands. Thus, the Civil Rights Movements of the 1960s formed.

And although it may be hard to believe, there was no Twitter, Facebook, e-mail or Skype available in order to acquire the mass amounts of organization and populations that made these events successful.

Whether the protest is for suffrage, the ability to have an abortion, to prohibit gay marriage, demonstrate against tea trade monopolies or against war, the United States has a rich history of political activism and of people standing up for what they believe in.

Most of these examples, however, took place before the era of social media. So where does this leave the stage of political activism today?

One of the most common criticisms I hear as a young adult from older generations is that my generation is too passive and lazy about issues that in previous years would have sparked public outcry, demonstrations and boycotts.

Such criticism opens a can of worms regarding effort: do we just not care or do we have the means and resources to fight our battles from behind our computer and phone screens now-a-days? I think we care but just lack understanding of what it means to properly protest and how to do so.

“Where activists were once defined by their causes, they are now defined by their tools,” Malcolm Gladwell, a writer for The New Yorker, wrote in his October 2010 piece “Why the revolution will not be tweeted.”

Social media is defined by the Merriam-Webster dictionary as “Forms of electronic communication through which users create online communities to share information, ideas, personal messages, and other content.”

Gladwell makes the argument that social media will never provide what social change has required.
Social change requires dedicated, motivated and passionate individuals who are willing to take risks to bring about change and awareness. Social media instead connects massive amounts of unrelated, unfamiliar individuals with varying levels of commitment.

Furthermore, because of the information overload the average individual is exposed to on the Internet each day and lack of some kind of hierarchal structure, it is much easier to disregard or forget about events arranged over Facebook than if something was spread word of mouth through people we are not only familiar with, but similar to.

There is no doubt social media gives one the tools to reach substantial amounts of people and pass information along quickly and easily. However, I believe having social media as a centerpiece to our lives and efforts as activists can actually be more detrimental than helpful.

My favorite ploy was related to preventing breast cancer. Female Facebook users posted where they like to put their purse which warranted sudden, random statuses such as “I like it on the floor,” or “I like it on the table.” Excuse me, but what the hell does that prove other than make the women sound like raunchy attention seekers?

This is where online political activism becomes dangerous: it becomes too easy to flip open the computer, hit a few buttons and call oneself an activist. It may by safe behind that screen, but when did the safe route ever get things done? Those individuals convince themselves they are contributing and therefore become blind to the fact they are actually doing nothing at all.

There is this false notion that it’s “the thought that counts” when it comes to online participation. Unfortunately that isn’t enough. With complicated issues such as child abuse or sex slavery, thinking and talking about them is a good start, but requires more effort than that.

So next time, despite any good intentions, think twice before becoming a Facebook groupie and participating in whatever the most recent fad is. Not only does it make such individuals look mindless and foolish, it makes them look selfish – like their time is too valuable to waste on actually doing some real work.

Use technology for what it is – a tool – and avoid making it a soapbox.