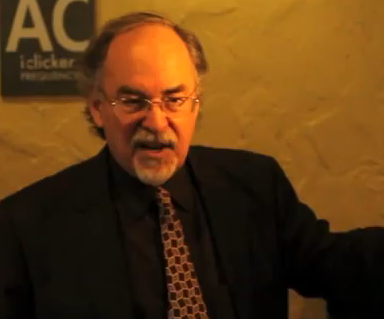 I admire your bravery and determination for being able to speak on what you are most passionate about. However, I am very concerned and skeptical on your true intentions. From what I’ve seen and heard in person, I was only able to observe increasing verbal attacks and accusations of students whose religious preference, as well as culture, happens to be Muslim.

I’m sure you know that most clubs and/or organizations, whether it is culturally related or not, are created to establish a common ground for people to converse, socialize and feel comfortable in. This weird ideology that the Muslim Student Association (MSA) has ties to a group called the Muslim Brotherhood, whose sole purpose is to incite hate and destruction among Muslims towards the Israelites and Americans, is highly illogical. This is only due to the fact that you have no proof or evidence and the only “facts” that you seem to present in your argument seem to come from your own twisted idea and reasoning of the Muslim culture, people and religion in general.

Plus, if I was to follow you by your twisted deductive reasoning skills, I, too, would be accused of being associated with the Muslim Brotherhood, Al Qaeda, or whoever else you accuse them of being associated with. For example, I am black but my parents are Jamaican. And Jamaicans are commonly associated with the practice of Rastafarianism. And in the Rastafari’s religion, they believe and worship Haile Selassie, who happens to be the last emperor of Ethiopia. How does that make me associated with the Muslim Brotherhood, Al Qaeda, and MSA? Well, some of the Ethiopians happen to be Muslim. So wouldn’t that, under your weird illogical reasoning, establish me as some kind of ally to some Muslim fundamentalist groups? In addition to that, some of my friends happen to be Muslim and it saddens me to think that there is someone out there, who is not even legitimately qualified or educated to speak on this certain “issue” or “topic” accusing them of such nonsense. And even though, they are culturally and religiously Muslim, they, too, just like me, were born in America.

There are a lot of things that makes me proud of being an American and I am sure my friends agree. But intolerance, which seems to repeat itself within our country’s history, is one thing about America and its democracy that I am not proud of and that I do not agree with. I just hope that other citizens of the world (whether they are Muslim, European, Jewish, etc.) who decide to listen to your speech or lecture will not to regard America as a place of hate and intolerance. It is just a coincidence that the one delivering and promoting this type of hateful and intolerant speech, which is you, happens to be American.

From a very proud American,