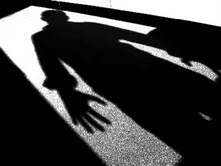 Regina Sarnicola
Opinion Editor
Photo Courtesy of AS Program Board

Students had the opportunity to see another side of some of their favorite professors at Thursday night’s Zombie Debate: the chainsaw-wielding, tie-dye-wearing, take-no-prisoners side.

About 800 students showed up to The Hub at 8 p.m. for the second annual Zombie Debate hosted by Associated Students’ Program Board to hear six professors argue why their area of study would be most valuable in surviving a zombie attack.

According to fourth-year History major and Cultural Arts Coordinator for Program Board Patrick Alami, the idea was developed by a Program Board member last year, who then took suggestions regarding who were some favorite professors on campus before inviting them to participate.

This year, the participants were Walid Afifi of Communication, Rusty Busto of Religious Studies, Tamsin German of Psychology, Glenn Beltz of Engineering, Candace Waid of English and Comparative Literature, and the newest champion, John Latto of Biology, whose prize was bragging rights.

“It was really cool; I loved seeing another side of the professors. I would definitely come back next year,” said first-year Film and Media studies major Jill Colcol.

The professors had ten minutes to argue their case using whatever visuals they brought and, after hearing the other professors’ arguments, received a chance for a rebuttal.

Each professor used a different tactic to sway audience members, ranging from Afifi’s use of digital maps to show where zombies had attacked and Twitter feeds to get updates on what was going on, to Busto surprising the audience by pulling out a chainsaw to prove his point that the Religious Studies Department employs the necessary tools.

Latto offered a certificate as an incentive to vote for him and explained how, since biologists aren’t squeamish, they are useful in deciding “what’s what, what goes where, and what [body part] one can do without.” German argued that by knowing one’s enemy and mimicking the zombies, not only can we figure out how they learn, but also how to teach them the wrong things.

Waid energized the audience with her passionate antics and explained how “Jesus was the first zombie,” while Beltz got straight to his point, simply stating “As an engineer, I am very good at blowing shit up.”

Colcol said she voted for Latto because his knowledge about biology and his argument were appealing.

“I would have voted for the Religious Studies professor because he was the funniest,” he said.

German, who came in second, losing by only eight votes, said because she is already a huge fan of the zombie genre, her preparation for the debate consisted of finding ways to incorporate that knowledge. She said her favorite part was her reference to the zombie movie Shaun of the Dead.

“I mentioned being from England and knowing how to wield a cricket bat and one of the audience members had dressed up as that character and brought one to me on stage,” German said. “It was great because one thing I wasn’t expecting exactly was the level of involvement by the students. Lots of them had dressed up as zombies or other characters and that was just awesome.”

Busto said he is also interested in science fiction characters, which is perfect because world religious traditions are full of supernatural creatures.

“Both the zombie and apocalypse have origins in religious traditions and who better to deal with them than a scholar of religion?” Busto said. “[We] deal with non-rational and irrational phenomena all the time, so handling zombies is no biggie for us.”

Alami said they started planning for the event in April and thought it was a great success. “Next year we want to get one more professor and have the reigning champion return,” Alami said. He also said that getting better technology for more in-depth debates and having a question and answer session with the audience are other ideas for next year.

“If all goes well, hopefully this will become a tradition like Extravaganza,” he said.