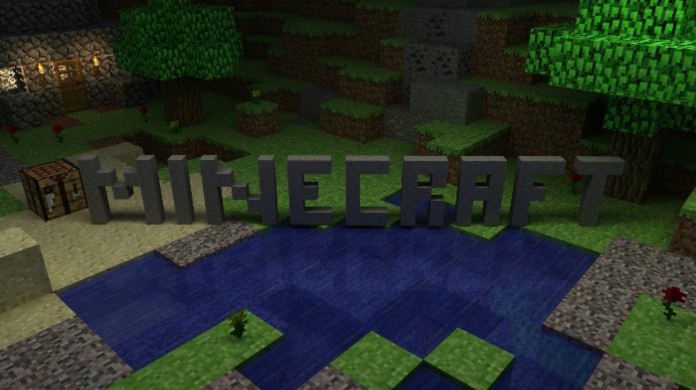 You begin the game in a completely open world with nothing but your bare hands. You chop down trees for wood, dig for ore, and build whatever what comes to your mind. A shelter is first on the list since monsters come out at night. As you progress, your constructions become more elaborate: a boat, a compass, TNT – even a portal to the nether. Welcome to the world of Minecraft. Minecraft is the ultimate first-person sandbox game. There are no rules, no quests, and no one giving orders. It is about crafting, building, exploring, and survival. It is you and your imagination.

Minecraft is an independent (or “indie”) game that was created by only one person, Markus “Notch” Persson. It is now being developed by his company, Mojang, and currently has seven people working on the game. Although there are no high production values and no flashy graphics, the game offers an innovative and endlessly absorbing experience, focusing heavily on creativity. The block structure is reminiscent of a LEGO type environment, as pixilated blocks form the entire 3D world.

The game has both singleplayer and multiplayer, each with two different modes: creative and survival. Regardless of what mode you are playing in, the game starts you off with no tools in a giant open world. You are given a variation of different natural resources which will be used for whatever construction endeavor you wish to take on. Multiplayer is especially entertaining, as it can support many players (depending on the quality of the dedicated server). You can take part in group activities, such as building actual cities.

Survival mode has proven to be very engaging. It starts the player off with nothing and challenges them to survive in a hostile environment. Of course, you must gather resources by mining. The best resources are hidden deep in the earth, and the more resources gathered, the more crafting options will be available. The player will need to make tools to mine the different types of resources. There are also various creatures that roam the world. During the day, there are friendly animals roaming the terrain, but at night various types of enemies appear, such as zombies, skeleton archers, giant spiders, and the dreaded explosive creeper. Survival starts out simple; chop down wood and craft basic tools to build shelter. The game then branches into endless possibilities. Mineshafts can be dug. Castles can be built. You shape the world.

Creative mode for the game has shown some extraordinary and amazing designs done by players. It gives the players unlimited resources and the ability to make their own creations without any restrictions. This mode never gets old. Players have made pyramids, life size cities, building replicas, giant 8-bit images, and much more. One player made a life size scale of the Enterprise from Star Trek, and someone has even created a functioning 16-bit computer. All of these creations can be found online. More and more player creations continue to pop up on the internet and they never cease to amaze.

The way the world is designed in Minecraft is also quite interesting. Worlds are randomly generated by the game, creating unique landscapes for players. Worlds are also limitless in size, meaning that constantly walking in a direction will make the game continuously generate more of the world. There is no end to the world of Minecraft.

The game has a peculiar 8-bit type art style, meaning that characters and textures have a very old school look. This is not surprising since the development team is so small. Although the game is not nearly as flashy as contemporaries such as Crysis 2 or Mass Effect 2, it was very well received. This shows that more gamers are embracing gameplay over graphics. The gameplay is unique, and that can make a large difference. Despite how the pixilated the graphics may look, there are many user-made texture and graphics mods that can improve the games visuals.

Minecraft has gotten a lot of attention, received many awards, and is still selling copies. The game is still in development but is being sold in its unfinished stage, and this has not negatively impacted the sales. In January 2011, the game sold its millionth copy, and has since continued to sell. The company has not spent a dime in publishing. The game has been literally selling through its fans, which shows how dedicated fans are to the game. It is the addictive gameplay, the creativity, the multiplayer, the modding support, and most importantly, the fans, that have been making this indie game a huge success. Fans have been supporting the game with videos of their own creations, movies, reviews, and much more.

Minecraft is currently in its Beta stage, and continues to receive monthly updates with new features. There is still a lot of content planned for the rest of its development as well as after its release. Game modes, friend list support, new interface features, and more are planned to be implemented in the future.

The game can currently be purchased for €14.95 (about $20), and the release date is scheduled for 11/11/11. If you are a fan of flashy, polished graphics or intricate storylines, this may not be the game for you. But if you enjoy the freedom to build anything in a completely open environment, then Minecraft is worth every penny. Just remember to watch out for the creepers.