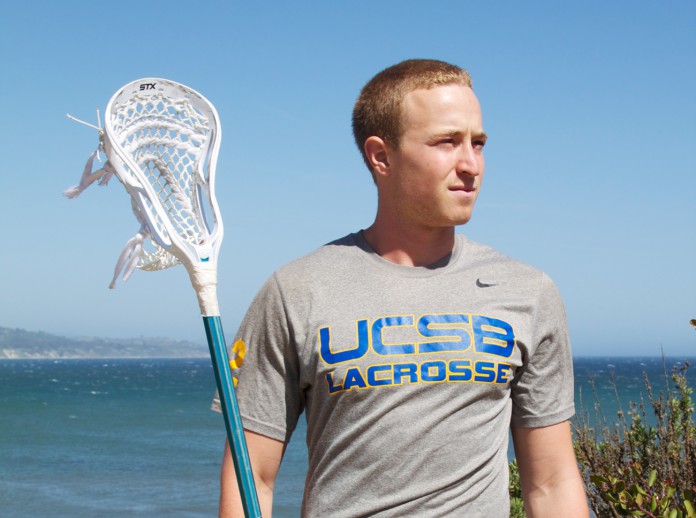 The recent history of the men’s club lacrosse team at the University of California, Santa Barbara begins in glory and ends with a question mark. How does one team win back-to-back National Championship titles in 2004 and 2005 and then change head coaches twice in the following six years?

The seniors on the UCSB men’s lacrosse team have staffed three different head coaches during their time as players, yet the team remains optimistic for the future.

“We lucked out, I guess,” said Jon Miller, the current assistant coach who has been involved with the team for 10 years. “It was as smooth a transition as we could have hoped for.”

Current head coach, Lane Jaffe, led the team to a 9-5 season, enabling the Gauchos to play in the quarterfinals of the Southwestern Lacrosse Conference this year. The team has not won their conference since Mike Allan coached the team in 2007.

The three seniors on the team, including captains, Travis Lee and Dave Kurtmen, played under Mike Allan’s leadership in their freshman year in 2008.

“He was very disciplined and mediocrity was not tolerated in the slightest,” said Kurtmen, who has been a captain of the team for two years.

Allan heralded from the East Coast, where people “eat, sleep and breathe lacrosse.” He educated the team through practices with professional players, videos and a rigorous conditioning regime.

“Mike was a real student of the game,” said Miller. “He was really trying to teach the team the more intellectual aspects of lacrosse.”

Allan’s high expectations and demanding practices paid off. During the five seasons he coached, Allan captured two national championships and four conference titles. His legacy was one filled to the brink with victories.
With such success, the team was sorry to see Allan go when Towson University in Maryland offered him a job as an offensive coordinator for their Division I men’s lacrosse team. Players say that they respected Allan’s decision, knowing the job would bring him closer to his family. However, the UCSB team scrambled to find a coach for the 2009 season.

Nonetheless, the team hired Mario Waibel after an enthusiastic recommendation from current head coach Lane Jaffe. Although Lee said that the team was initially hesitant of Waibel’s leadership, they enjoyed Waibel’s individualistic approach to the game.

“It was nice getting brought into that ‘family’ in what seemed like a very huge university,” said Kurtmen. “I could have died, fallen into the ocean, and no one really would have noticed, but if I missed practice, my coach would call me.”

Miller agreed that Waibel was more personable than Allan, but Waibel had no experience coaching lacrosse at the college level and his knowledge of the game was less developed.

Patella recalled running the same drills repeatedly during practices. The lack of structure made practices ineffective and the team dropped in the rankings.

Both Miller and Lee said that players and assistant coaches approached Waibel to address problems that needed resolution. After two years of unachieved results and a disappointing record, team leaders met to discuss finding a new head coach.

“It’s hard in season to turn on your coaching staff,” said Kurtmen. “I believe that your job as a player is to play and trust your coaches. But there is a voice in the back of your head, especially as a team leader.”

That voice told Kurtmen and others that the team could not win a championship under Waibel’s leadership.

“It was difficult to make that assessment of Mario, who was older than us, a man that we respect, and [a man who is our] friend,” said Lee.

Although the decision was difficult, Kurtmen said the team had to move forward in the direction they wanted to go.

Prior to the coaching change, the team hired current head coach Lane Jaffe as an assistant coach and were impressed by his leadership. Because of his outstanding reputation and positive interaction with the team, the captains extended Jaffe the offer to replace Waibel.

“Sometimes you have to be willing to take risks in order to reap higher rewards,” said Jaffe. “The kids showed a lot of strong character to have the guts to make a change, not settle for anything, and always strive to be better.”
The Department of Recreational Sports had the team deliver the news with no other staff around, which Miller said put the team in a very delicate situation. The captains informed Waibel of their decision to let him go before practice in October 2010.

“The team was a bit stunned at first but at the end of the day, many came to us and said that they thought we made the best decision for the team,” said Lee.

Lee said that the lesson from the ordeal was that change was necessary for growth. There was nothing personal about the decision, but it nonetheless proved challenging for all parties.

“We have a proactive team with high standards,” said Miller. “So if they feel like they don’t have the coaching staff to get that done, they aren’t going to sit back and take it.”

Patella said that Miller has become the “heart and soul” of the team in the face of the staffing changes. This continuity, plus the influx of younger players who did not recognize the massive change, smoothed the transition.
Jaffe combined Allan’s East Coast passion for the game with Waibel’s compassion for his players, enabling him to revamp practices and move the lacrosse team forward. Jaffe hopes the team will perform well in their conference and play in the championships for the Men’s Collegiate Lacrosse Association.

The Gauchos finished this season with the two seed in the North Division in the Southwestern Lacrosse Conference. They will play in the quarterfinals against San Diego State on Saturday, April 30 at 2 pm on their home field, The Pit.

“I see the team being successful,” said Kurtmen. “I have huge hopes that the team will only be moving up in the next couple years.”

Transportation is Easy, Even Without a Car