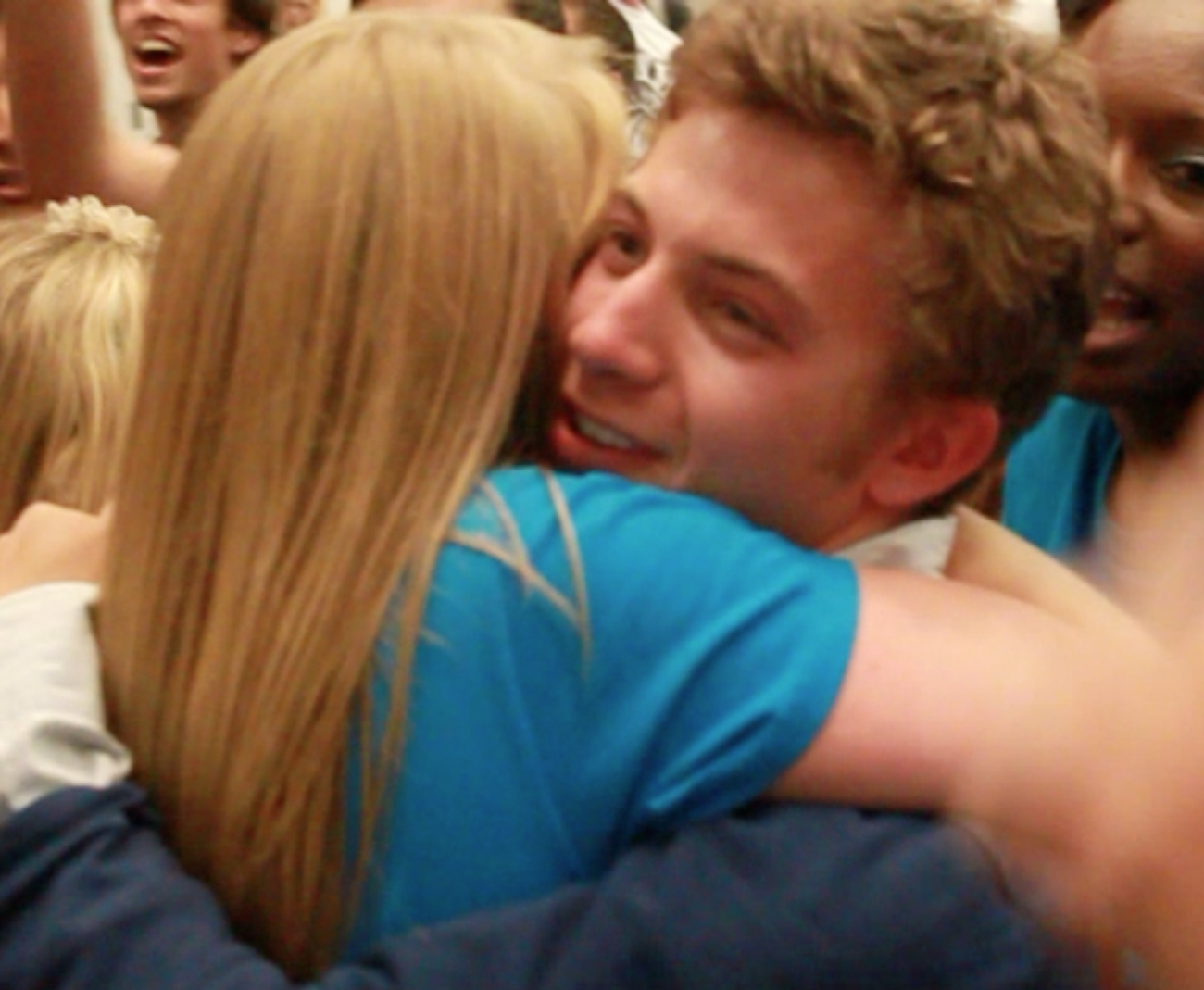 “I’m incredibly thankful. It’s humbling, but at the same time bittersweet. Stanley is one of my best friends,” remarked Weber on his victory. “I came here expecting all circumstances, and wasn’t overly confident or shaking. I know DP ran an amazing campaign, period, end of story.”

Weber’s opponent, Stanley Tzankov, who ran with the Democratic Process Party (DP Party), stated that even though he lost as a candidate for the AS Presidency, he will not stop working towards making UCSB a better school for everyone.

“I made a promise to myself when I first decided and really pushed to run for this that I’m not going to give up on making this university better,” said Tzankov. “I served two years on Leg Council and I know you don’t have to be an elected official to create a positive change on this campus.”

Stryker was ecstatic about the majority of elected candidates coming from the OPP family.

“It feels so good that we almost completely swept this year,” remarked Stryker. “Even with such a strong party, from 8a.m. to midnight we were out campaigning.”

When asked if next year’s AS student government will experience smooth sailing with a formative majority of OPP candidates elected, Weber said that it’s always a mixed bag.

“If you go back to 2008 with a majority of seats, it was one of our most contentious legislatures,” remarked Weber. “But I’m confident we can work together, AS isn’t just Legislative Council or Exec Board-it’s everyone that works in AS.”

Members of OPP, DP Party, and the Better Our School System Party (BOSS) gathered in Corwin Pavilion to hear the election results for this year’s ballot. While the viewing party started off with music, dancing, and even a conga line, the mood quickly became somber when AS Elections Committee took center stage to announce the results.

Beginning with AS re-affirmations and lock-in fees, funding for all were approved by students with the exception of the re-affirmation for UCSB’s La Cumbre Yearbook which did not pass.

Fee initatives for College Bound, La Cumbre Yearbook, and the annual Night and Weekend Pakring Pass for students did not pass, since all three did not meet the required 60% student approval.

The only fee initiative that was approved was the UCSB Community Financial Fund, which will increase student tuition by $3.00 next academic year. The fund will act as a supplement to the current AS emergency student loans and financial aid, as well as provide more financial services and counseling. Tzankov, along with AS Legislative Council member Fabian Gallardo, pushed for this fee initiative to get on the ballot this year.

“Fabian has been working on this with me for the last 8 months,” stated Tzankov. “We’ve surveyed students, we’ve done our research, and we know that students need these financial services.”

The UCSB Community Financial Fund will be up for re-affirmation Summer 2013.

“I know there’s going to be folks that feel defeated at this moment, at this point in time,” concluded Tzankov. “But at the same time, they have ideals and projects they’ve worked on for years and I really have a lot of faith in them that they’re going to keep going. Win or lose, it doesn’t matter to them.”