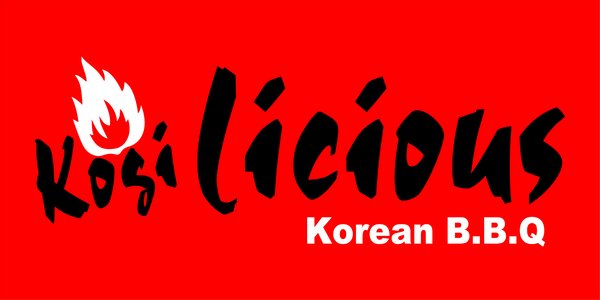 Isla Vista is home to many Mexican restaurants, a few Asian noodle shops, some pizza places and one ever-so-uniquely named Kogilicious. It is located at 956 Embarcadero Del Norte and offers food that is a fusion of Korean and Mexican food.

‘Where does the Korean end and the Mexican begin?’ you may ask, or ‘How do I comprehend this clash of civilizations?’ This fanciful establishment offers tacos and burritos served in four varieties: beef, pork, chicken, and tofu.

I was skeptical at first, but as I majestically opened the foil covering my taco, the first bite was full of win (nostalgic win that pulled me from any concept of spatial reasoning or sanity). I forgot that I live in the most expensive ghetto in California. I forgot about pending speeding tickets, bad relationships and an overdrawn bank account. I forgot about my ruined liver, cerebellum and frontal lobes.

The second bite was pretty good, too.

“I was expecting the worst. Spicy pork is good on rice, but a tortilla?” said Kira Martin, a fourth-year Film major at UC Santa Barbara. “But the first bite was like an explosion of delight for my taste buds. It was so bomb!”

Like me, many Isla Vistans are dubious of the Kogi paradox and think it’s a Mexican taco. But hold the Tapatío! These tacos have Korean spices and flavors infused into a corn tortilla wrap. Inside the tortilla, there is Korean delicacy, including cabbage, house sauces, onions, cilantro, kimchi and marinated meats. Everything comes in abundance and nothing is filler.

My recommendation? I can’t believe I’m writing this, but the tofu taco hook-up is high on the list. Not only is it healthy and tasty, but it’s also tangy!

Isla Vista has seen the food choices in Isla Vista undergo some drastic changes over the years. The building that houses Kogilicious has gone from a Berrilicious yogurt shop to Sushilicious, with a Korean BBQ on the side, and now to Kogilicious. But this new restaurant, which opened in July 2010, should be here to stay.

The shop experienced a dry spell as higher tuition costs resulted in lonely streets. But when word of a fresh-yet-cheap Kogi feast hit the streets, Kogilicious’ business ascended into the “echelons of immortality,” or at least onto the charts of good food for cheap prices.

“If it’s not good, students aren’t going to come back” said Lillian Jung, the Kogilicious Manager. “But since our portions are large and affordable, and our taste and quality are consistent, business has picked up.”

Although tacos are usually $1.65 and burritos $5.95, Happy Hours occur every Thursday, Friday and Saturday from 11 PM to 3 AM, during which times tacos are $1 and burritos $4. You can get the Happy Hour prices all the time if you pay with credit.

Swing by Kogilicous and have an out-of-body food experience. Now my only regret is not buying more tacos!