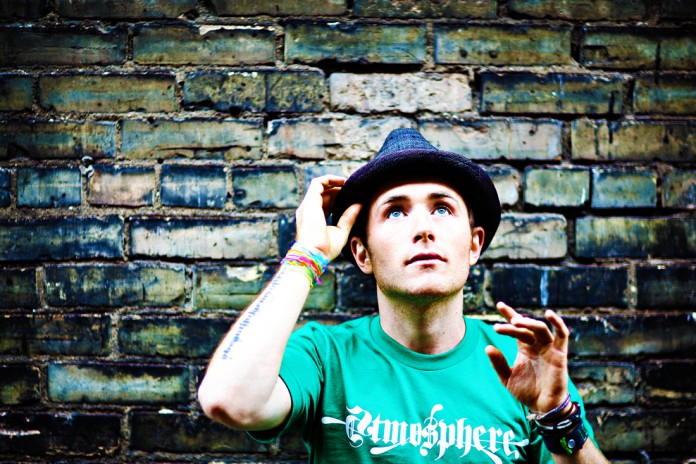 Even though dubstep and club music have recently been the soundtrack of the Isla Vista streets, acoustic music is also popular on campus, especially to the many students who flocked to the UC Santa Barbara Hub on Tuesday, April 12. The free show “Musically Yours”, which was sponsored by the M.U.S.I.C club, featured UCSB students headlining for artists James Beauregard and Jason Reeves.

The M.U.S.I.C. club, which stands for Musicians United in the Supplemental Instruction of Children, devotes a couple hours a week to visit elementary schools and tutor low-income students after school. In addition to helping them in their academics, M.U.S.I.C. club members teach them how to play instruments.

“It’s a lot of fun getting together with other musicians and performing on stage. Seeing the reaction of the audience and the students is amazing. I didn’t expect them to like and care about music so much,” said Michael Aquino, first-year undeclared UCSB student.

The club also cooperates with artists, such as Jason Reeves, who have the same vision as they do: to share the power of music to others, especially children who may not have the chance to experience it otherwise.

“I feel like Jason’s music is really in line with what we are all about. He is down to earth, friendly, and laid-back, like Santa Barbara culture. His music is positive and uplifting like the music we want to promote,” said David Lee, fifth-year psychology major and president of the M.U.S.I.C. club.

Living somewhere where party music is so prevalent, I had forgotten about the singer/songwriter music I used to listen to before attending school here. The soothing simplicity of the instrumentals and vocals is what had appealed to me in the first place, and that is also what appealed to many of the audience members. The Hub turned into a coffee shop-like atmosphere and was filled with melodies that were like the waves of our nearby ocean: rhythmic, relaxing, and emotional.

“I really believe singer/songwriters are a special type of musician and they can be significant allies in uplifting the positive power of music while inspiring our youth to be something more,” said Lee.

All of the performers did just that, whether it be with a piano, violin, guitar, or other instrument. UCSB students Cameron Lund, Matt Carona, Emily Ruth, and Kate Beck, student bands Junipero and Kona Rising, and high school senior Sierra Reeves captured the audience with their heartfelt original songs. Following these talented students, up-and-coming artist James Beauregard covered popular songs by Katy Perry and Chris Brown to appeal to the college audience, then performed his own songs. By only being accompanied by his acoustic guitar, listeners were able to hear the emotion in his voice and feel the meaning of his lyrics.

Jason Reeves, who was up next, is the epitome of a singer/songwriter. Like similar artists such as Colbie Caillat, John Mayer, Joshua Radin, and James Morrison, Reeves was able to capture listener’s hearts with his sincere lyrics and amazing guitar skills. Listeners are able to relate to the situations that Reeves sings about because everything he writes about is raw and true.

“My goal when writing songs is to be as real and honest as I can be. I write about whatever is happening to me at the moment. All I want is for people to feel. Whether that is good, bad, happy, or sad, I just want them to feel,” said Reeves.

All of the performances were so inspirational that audiences didn’t mind staying until past midnight to listen to the beautiful music. Through this event, students were able to better appreciate this genre of music. For more information about the M.U.S.I.C. club, they meet Thursdays at 7 p.m. in the Community Affairs Board office.