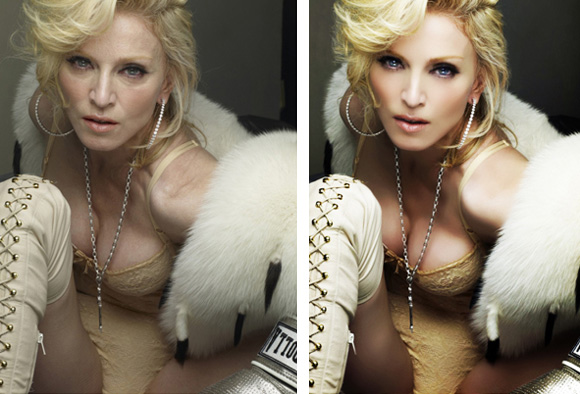 Why is it that every female I’ve ever met has an issue with her appearance? You name it; at least one of us has been there: an issue with our weight, hair, noses, breast size, skin, et cetera, et cetera, ad infinitum.

“In general I think I’m pretty attractive, but I sometimes wish I had a smaller waist,” says UCSB third-year Literature Major Paige Smith. “I guess the whole idea that women should have tiny waists has sort of wormed uncomfortably into my head.”
Just consider the plethora of beauty products that we females consume on a daily basis, everything from hairspray to push-up bras, fake eyelashes and fake hair. In fact, we spent $10 BILLION on beauty products in 2009. Ladies, who taught you that your natural beauty wasn’t good enough? It would be preposterous to deny that advertising, music, film, and the “cult of celebrity” have had substantial impacts on the female brain after more than a century of indoctrination. Who whispered “thin is in” in one ear while whispering “bigger is better” in the other? Undoubtedly today’s culprit is the entertainment industry, and as cliché as it is, I’m going to have to single out the media on this one.

Beauty standards are dynamic, not static. The oldest sculpture of a human being, the Venus of Willendorf, depicts a female fertility idol complete with oversized breasts and a round, bulging stomach. In Hellenistic Greece, heavier women were preferred, as sculptures from this period idolize females with soft curves and round stomachs. Hundreds of years later, during the Romantic to early Victorian eras, corsetry was the order of the day. Teeny waists were considered more beautiful and it bad taste for a lady to expose her legs (or even her ankles). Elaborate dresses and hair pieces were fashionable, as well as rouged cheeks and heavy, musky perfumes. And, of course, these standards have since shifted dramatically in our modern era – but that is just the point. Standards of beauty are continually shifting. Have we taken it too far now? As long as unhealthy and Photoshopped bodies are being toted about as “normal,” then I think we have.

From all sides of the media it seems women are bombarded with images of waiflike supermodels with BMI’s probably hovering somewhere in the “underweight” category. These women are presented as the beauty ideal, since everyone seems to emulate them. But isn’t this unfair? Most skinny celebrities don’t even look that way naturally – they cheat. They’ve had liposuction, implants, every inch of fat nipped and tucked, and it’s obvious that many of them aren’t eating enough. So why should the average, healthy woman hold herself to this unreasonable, unrealistic standard? With the advent of cosmetic surgery sweeping the nation, how are we to honestly interpret “beauty” anymore? Beauty used to be in the eye of the beholder, now it is in the eye of the beholden.

This is certainly not to say that men are not subjected to media influence as well, but in my opinion females are targeted more directly. For example, females accounted for 91% of all cosmetic (non-medical) procedures performed in 2009, and additionally, the female eating disorder rate is ten times that of men. But of course men are also subjected, as the media often portrays muscular or physically fit men as the only objects of female attention.

“I would love to be more fit,” says UCSB third-year Literature Major Matt Ferguson. “But building up muscle is not as unrealistic (and potentially dangerous) as the weight expectations women internalize.”

“I think women are more pressured because of the media,” says UCSB third-year Psychology Major Oriana Iannitti. “There’s this unnatural and unhealthy template of what women should look like and wear. For men there really isn’t that kind of pressure at all.”

It certainly does seem that women are suffering a lot more than men in the name of beauty. According to the American Society of Plastic Surgeons, every year about 350,000 women augment their breasts, 300,000 get liposuction, and another 300,000 reshape their noses with rhinoplasty. The tummy tuck is now one of the most popular procedures; there has been an 84% increase in tummy tuck surgery since 2000. There has also been a 99% increase in non-invasive cosmetic procedures, such as Botox, collagen lip injections, and laser hair removal. The numbers don’t lie, and every year they increase. Not all beauty modifications are surgical or chemical, of course. Every day thousands of women squeeze into girdles and push-up bras, paint their faces and totter about in stilettos. For what? “Beauty?” “Femininity?” What are those things anyway? Aren’t they subjective?

Now, I’m not at all implying that it is any healthier for a person to be overweight, but overweight (and “normal” weight) females seem to be curiously under-represented in the media. This is rather strange, considering that the majority of our society’s females are within a “normal” or “overweight” range. Many of Hollywood’s “big girls” are also jumping on the skinny-mini band wagon; Jennifer Hudson and Kelly Osborne are just a few examples. It has been shown that leafing through a fashion magazine can lower a woman’s confidence in her appearance – but why? Those glossy images have been doctored beyond recognition. Photo editing smoothes skin, erases cellulite, and makes bodies appear slim, trim, and hardly representative of the females themselves. I have a feeling that we do realize that those bodies are all smoke and mirrors, but a part of us wants to believe that they look that way naturally. It is basic psychology: if you repeat a lie enough times, you’ll start to believe it, and I think that’s what has happened in terms of modern beauty perception.

“I think women should be able to decipher media representations from reality,” says Smith. “Not everyone is a size zero, and that’s not what men are attracted to anyway. They want some ass and titties. It’s a biological adaptation.”

In the end, the only thing that matters is what you think of yourself, not what the magazines tell you to think. With Dove’s “Campaign for Real Beauty” and more full figured women appearing on America’s Next Top Model, there is still hope, but we have a long way to go.

“I think the campaigns like Dove’s are a really good start,” says Iannitti. “Instead of using “models” who weigh half as much as a normal person, they use normal sized people. I think it’s important to depict the average woman, not an unnaturally skinny airbrushed thing.”

I encourage you to celebrate yourselves, men and women alike. Embrace your flaws or work to change them (healthily, of course). After more than a century of propaganda and advertising, women deserve to love themselves. There is no need for us to feel inadequate simply because we are larger or smaller than the ideal. There is no ideal; there never was one. There isn’t one universal beauty standard, and the time has come for us to stop pretending that there is.