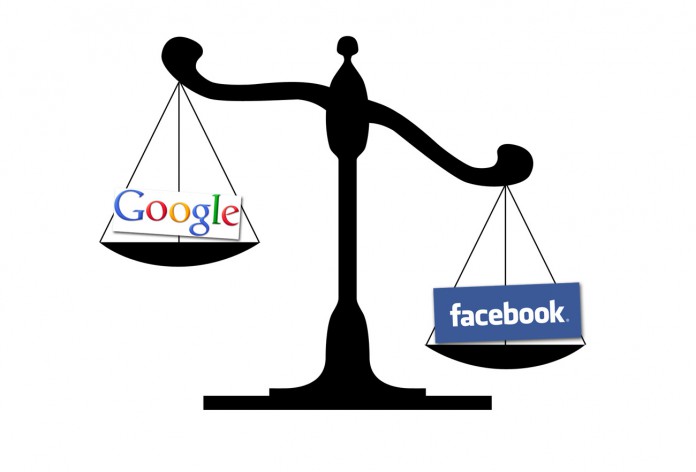 As technology improves and new changes take place every day, I’ve started to realize how unpredictable and fast-paced the cyber world really is. It was only a few years ago that social networking sites like MySpace and Xanga were just starting up, and search engine giant Google was gaining massive popularity by the minute.

Today, the once invincible Google is now throwing nervous glances at a possible new rival: Facebook. The rising tension, competition and similarities between the two companies are causing spectators to question if the Internet world can still be at peace. Is Facebook the new Google? Or will they be able to coexist peacefully?

The two companies do have two major areas in common: they dominate their respective areas and are competing for the title of “Internet King.” The Internet research intelligence firm Experian Hitwise reported some startling statistics. As of 2010, Facebook trumped Google for the number one spot as most-visited site in the U.S. The social network received about nine percent of all U.S. visits versus Google, which only received about seven percent. But that is where the similarities end.

While reading several articles about the rivalry between Facebook and Google, I felt like comparing these two major sites was like comparing apples to oranges. Can you really compare a renowned search engine that helps you find anything from random facts and scholarly articles to a social networking site?

But Google and Facebook do compete in terms of attention, the number of advertisers, and even for employees. According to CNN, out of Facebook’s staff of 2,000, it was reported that 15 percent of employees listed Google as a past employer. Google has recently lost some of their key players, especially to Facebook. To name a few, Google’s former Product Manager, Brett Taylor, became Facebook’s Chief Technology Officer, and former Google Chief of Sales and Operations Sheryl Sandberg became Facebook’s Chief Operating Officer. Yet despite the competitive nature of these two companies, their main functions and purposes differ entirely.

Recently, the ever-changing Facebook developed a search engine of its own. Now you can search for information on anything, but the search engine’s main purpose is for seeking out personal opinions, advice, or general information from close friends and family. Word of mouth is becoming a more powerful and reliable source of information via Facebook. But Facebook’s ultimate purpose is to allow people to connect with others using social media, so the search bar is mainly used to just find family and friends.

On the other hand, Google specializes in being the number one search engine which allows people to search for practically anything. Even the word “Google” has become commonplace in everyday vernacular, as is exemplified by the phrase: “Google it.” The various properties of Google that allow web surfers to search for directions, images, maps, scholarly articles, books, use Gmail, and so much more gives Google an upper hand in practicality.

Although Facebook became the most visited site of the year, Experian Hitwise reported that Google topped Facebook by about ten percent with all of its properties combined. Google allows people to search from a wide variety of data whereas Facebook can only search for information from a limited pool of data.

While Facebook and Google may have growing similarities, their purposes and differences greatly prevent a threat of close competition. We can’t have Facebook replace Google nor can Google replace Facebook. Facebook may be increasing in popularity each day, but millions of people rely on Google as a primary source of information in numerous ways. Most people use both for very different purposes, so we can’t have one overtake the other.

I believe it is safe to say that both Internet giants are here to stay.