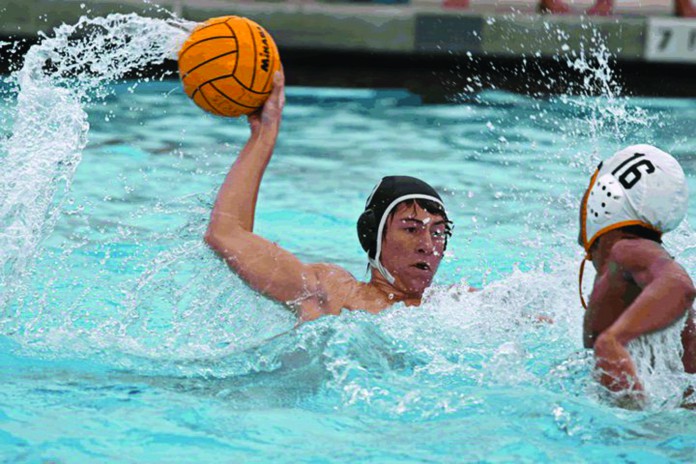 With his bushy blonde surfer fro, bright hazel eyes and infectious smile and laugh, 19-year-old Lucas Ransom could light up a room.

“His energy was unlike anyone else. You’d be in the room with him and you’d be happier,” said the third-year global studies major. “If you saw Luke laughing, you’re done. You just have to give in.”

Ransom’s life was cut short on Oct. 22 when the third-year chemical engineering major was attacked and killed by a shark while boogie-boarding approximately 100 yards offshore at Surf Beach.

Castanda, a third-year global and Chicano studies major, remembers the crazy and spontaneous things Ransom and his friends would do. But it’s the little moments that she really loved like the time Ransom found out that she had never eaten oatmeal before.

“He gets up and makes me his special oatmeal with honey and brown sugar,” said Castanda. “He said, ‘Try it’ and from then on, I’ve always eaten my oatmeal like that. Words just can’t describe how much he’ll be missed.”

Tommy Urich was with Ransom for the 2 a.m. dip in the pool.

“He was a wild man,” said Urich, a third-year economics and political science major. “I used to think of him as part caveman. He used to put his hand above his head and jump and make weird animals noises.”

When not out and about, the two friends enjoyed playing video games together where Ransom dominated.

“He had a knack for everything really,” said Urich. “One of our roommates likes to say that he’s got a mathematical mind and he can pick up on stuff. He was good at everything.”

People who knew Ransom described him as intelligent and kind. Mathew Garcia knew Ransom since their time at Perris High School in Riverside County on the water polo and swim teams.

“He’s the most unbiased, unjudgemental, accepting person ever to walk the face of the earth,” said friend Matthew Garcia. “Anybody could just walk up to him and introduce themselves and he would accept whoever the person was. It could be a homeless man on the street or the richest man in the world. It didn’t matter. He would smile, meet you and shake your hand.”

According to Garcia, when it came to life and especially surfing, Ransom lived by the mantra “go big or go home.”

“Most people would look at the waves and say ‘that’s too big for me,’ and they would not paddle out. For us, it was always ‘go big or go home,’ so we always went out, no matter how big it was.”

Garcia was with Ransom on the Friday morning when Ransom was attacked by the shark.

“When a big beast comes in the water like that, you really realize what’s underneath,” Garcia said.

Meade is encouraging everyone to come with a candle and a lot of love for the memorial.

“I would love to see the entire Santa Barbara community come out, not just Isla Vista,” she said. “It’s going to be kind of like a love fest. I want people to bring pictures and tell stories and feel love for Luke and I know he’s going to feel it.”