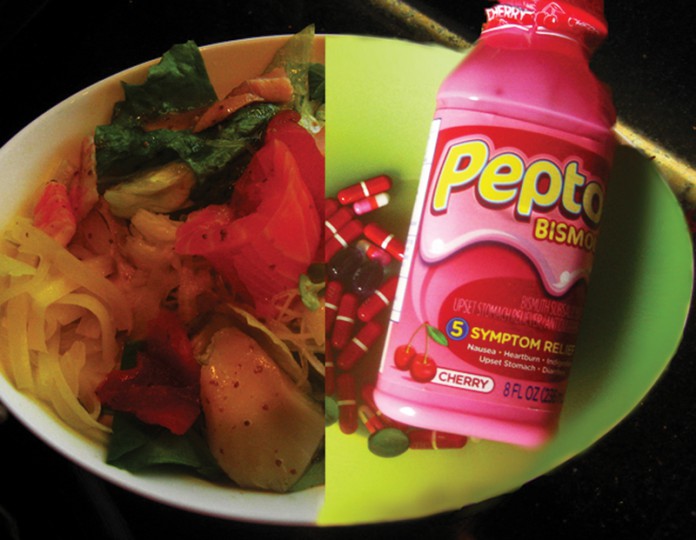 There are many oft-quoted remedies that relate to the process of curing a hangover. But do you know the difference between myth and fact?  Some of the most widely circulated myths regarding the treatment of hangovers include taking aspirin,  grabbing a “cup o’ joe,” or drinking more alcohol the next morning. However these treatments  can actually make a hangover worse.  Many people are unaware of how to properly treat their hangover and may inadvertently cause more harm than good.

A hangover is a series of delayed physiological effects that occur after consuming too much alcohol. Common short term side-effects include headaches, sensitivity to light and sound, dehydration, vomiting, dizziness, and an increase in feelings of depression.  Meanwhile, long-term effects from chronic drinking include liver damage, harm to the central and peripheral nervous system, and a higher risk of developing alcoholism and cardiovascular disease.

Drinking too much in one sitting can easily happen and it occurs more often than one may think. The human body processes about fourteen grams of pure alcohol every hour, which equals about 0.6 fl oz. This is the equivalent of a 12 oz. bottle of beer, a 5 oz. glass of wine, or a 1.5 oz shot of hard liquor. Most drinks served in red cups at parties in Isla Vista will contain several times this amount, as will many mixed drinks that are served in bars downtown. This can make it difficult to keep an accurate count of consumed drinks, and means that you might end up frequently drinking alcohol faster than your body can process it.

For those that find themselves in this situation, here are some tips provided by UCSB Health Educator Michael Takahara for the mornings after, when you wake up feeling horrible.

1. Eat a healthy meal within one hour of waking up.  Having low blood sugar can lead to headaches.  According to Takahara, eating a good breakfast will help raise blood sugar back to normal and he explained why: “Your body is working on processing the alcohol and plus, if you’re sleeping, you have probably been fasting for a while. Your blood sugar level has dropped, so that can add to the headache.”

2. Re-hydrate.  Drinking alcohol dehydrates the body, causing fatigue and contributing to headaches.  By drinking lots of water and juice, you re-hydrate your body and can lessen the discomfort of your hangover.

3. Avoid caffeine.  Caffeine does not counter a hangover, and in fact dehydrates the body.  It is best to avoid it unless you are a regular coffee drinker.  If this is the case, you should have your first cup at the time you would normally have it.  Otherwise, your body will suffer from both alcohol and caffeine withdrawal, which can ultimately worsen your hangover.

4. Take antacids.  If you are suffering from an upset stomach, brand names such as Pepto-Bismol, Tums or Maalox can help counter the discomfort.

5. Eat carbohydrates.  This helps to prevent and treat a hangover.  If you snack on crackers while drinking, it helps by absorbing the alcohol and slows the rate in which it enters into your bloodstream.

There are other dangers you must be aware of while drinking, one being synergy. Synergy is the practice of combining multiple drugs, including alcohol, in order to produce a greater effect than one would experience if they just limited themselves to a single intoxicant. However, combining drugs  can also lead to dangerous outcomes.

“Depressants affect the central nervous system of your body,” said Takahara. “So basically, if you have enough of that drug and that synergy, you can actually run into people dying.  It depresses the body so much that they stop breathing,” he said.

Avoid mixing alcohol with energy drinks.  This increases dehydration and can cause high blood pressure and heart palpitations, which are an irregular beating of the heart.  Another thing to avoid is taking acetaminophen or aspirin.