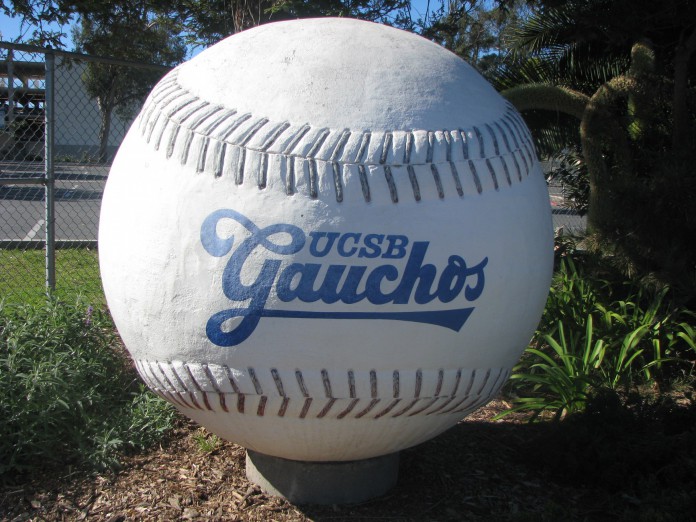 As University of California Santa Barbara is a college dominated by soccer and basketball it’s often easy to forget about other sports on campus. At the UCSB Boy’s Baseball Team pre-season practices, however, the team trains as if the entire student body is critiquing them. Between warming up in the batting cages and setting up scrimmage games, the complex team, composed of all year levels and majors, prepares for their 2012 season with the ferocity and dedication of major league players. Their practices run for several hours every day except Sunday, though the players admit they still get together to stay on top of their game.

“We only have one day off and that’s on Sundays, and usually guys are still getting out here to hit and get their work in,” said pitcher and catcher, first-year Campbell Wear.

The team recently experienced a shake-up as new coaches came on to lead the team for the 2012 season and into the future. Zach Etheredge took over as volunteer assistant coach while Andrew Checketts filled the head coach position, replacing Bob Brontsema after he was reassigned to an administrative position within the department. Checketts, who spent the last three years at the University of Oregon as the top assistant coach and recruiting coordinator, has high hopes for the UCSB team.

“I think that there’s a potential to win- and win on a national level,” said Checketts.

With their first game scheduled for Feb. 17 against Oregon State, the team has been practicing even harder, but admit they’re happy to be back to playing ball.

“It’s a great, hardworking environment,” said first-year first baseman Greg Mahle. “Everything you need is right here. We have a great coaching staff, great guys in the locker room. Our coaches have just been all over us for the whole fall and the whole winter. It’s just been a grind the whole time so it’s going to be fun to get back on the field.”

The new renovations planned for the Caesar Uyesaka Stadium, where games are held, is more big news for Gaucho baseball. A fundraiser is guided by the Campaign for Gaucho Park program and the Gaucho9, a new baseball group composed of past players, coaches, fans and Hammerheads, a rooter group formed in the 1980s by men’s volleyball players who found inventive ways to cheer for the baseball team.

The project is estimated to cost $1.8 million and is divided into two phases, designed to bring new life to the stadium. Concession and ticket booths, restrooms, a complete field upgrade and a lighting system that would allow night games are all a part of the project. Although the project is not yet completed, the players have noticed the changes.

“We got our field redone and the grass has gotten a lot greener,” said Campbell. “There are definitely places around here that are getting a lot better.”

Professor Al Ferrer, who was the former coach of the UCSB Men’s Baseball Team, believes baseball fosters a community aspect where teammates and alumni unite and bond over the game.

“We had somewhere between 400 to 500 people at this banquet, with golf the next day, and 64 Hammerheads who showed up,” said Ferrer. “They have families, children, big time businesses, but they really felt a part of this. They helped the fundraising and they raised a lot of money this year. These guys aren’t only organized and efficient on the field. They’re taking care of business off the field.”

Like Checketts, Ferrer believes this year’s team has a strong potential to win and bring attention to the baseball program.

“I’ve been out to about five or six practices and I’ve been extremely impressed with what I’ve seen,” said Ferrer. “The work ethic out here is excellent. I’m excited for them and it’s going to be fun to follow this year. Down the road I think they’re going to be a national power.”