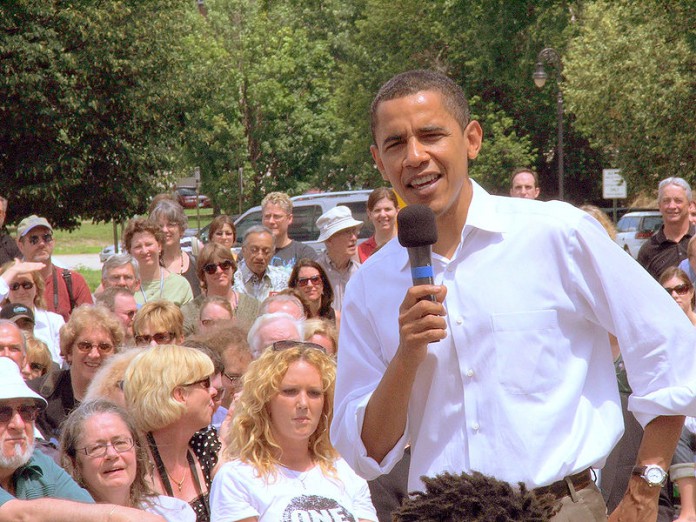 As President Obama hits the campaign trail to run for re-election in 2012, his conservative adversaries may have stumbled upon fresh ammunition for their attacks against his agenda.

The Catholic Church has come out in strong opposition to a clause in the 2010 health care reform bill that has plagued Democrats since the law’s adoption. It’s been a long road for President Obama’s Patient Protection and Affordable Care Act, better known as Health Care Reform. The 2010 law, designed to guarantee health care insurance for nearly all U.S. citizens by 2014, has run into a number of difficulties since its inception.

Lobbying groups representing health care and pharmaceutical corporations spent as much as $380 million during the six months Congress spent debating the law alone. The debate was a spectacular show of partisanship on both sides that set a standard for the current gridlock in the House and Senate. The Guardian estimated last year that the ratio of lobbyists-to-members of Congress in 2010 was six-to-one, largely due to Health Care Reform, and political action committees likely spent millions more running television advertisements attacking the law.

Despite Health Care Reform taking center stage on President Obama’s agenda, the opposition took its toll on support for the law. Voter opinion on a proposed “pubic option,” which would give adults required to purchase insurance by 2014 an option of seeking government-arranged health insurance, turned in strong opposition to the President’s plan. Terms such as “Obamacare” have characterized the law in the national media, and have led groups such as the Tea Party to liken Obama’s agenda with a brand of socialism.

Even after the law passed, a number of states, companies and individuals sued the federal government, claiming that the law violated the United States Constitution. While two courts upheld the law, one federal judge in Florida declared the individual-purchase mandate unconstitutional.

Judge Roger Vinson claimed the 2011 mandate violated what is known as a “severability” clause required by the Constitution. In short, Vinson opined that Obama’s Health Care law forces Americans to buy health insurance without giving citizens the possibility of separating or “severing” themselves from the mandate. The case has been appealed to the Supreme Court and arguments will begin in March 2012.

The latest hitch in the law’s implementation may come at the cost of the crucial American Catholic voting bloc for President Obama. The Catholic Health Association has expressed opposition to a clause in the bill that would force Catholic organizations to fund sexual contraceptives for employees who do not identify with the organization’s faith. Ironically, President Obama was widely panned by liberal supporters during the health care debate for abandoning parts of the bill that would force Catholic groups to fund abortions and sexual contraceptives for all employees.

Obama carried as much as 54 percent of the American Catholic votership in 2008, due in large part to his selection of Joe Biden as his running mate, who identifies as an Irish Catholic. The latest developments surrounding Health Care may prove to be a significant weakness come November, however, when the President must make his case in a closely-polled contest with Republicans.

While the GOP prepares for its latest primary in Florida this week, polls indicate another turn of voter opinion in favor of former Massachusetts Governor Mitt Romney. In what is turning out to be a truly original campaign cycle, popular opinion has shifted against Newt Gingrich, a Catholic, in what he promises will be a long, hard-fought primary, all the way to the Republican Convention in Tampa, Fla.