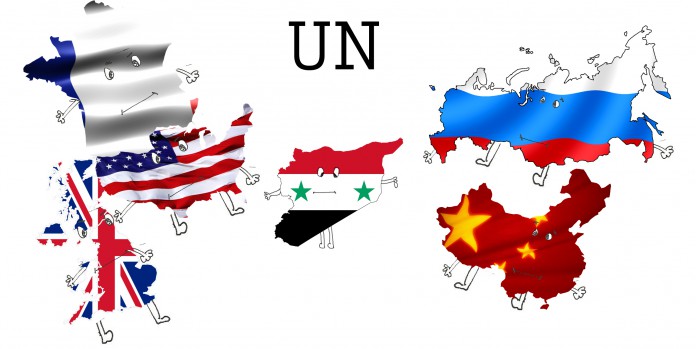 The Syrian government has taken the United Nation Security Council’s decision to veto U.N. involvement in Syria as an opportunity to continue their assault on the Syrian city of Homs, reports a foreign affairs minister from the Arab League, according to Al-Jazeera.

The BBC confirms the increase of violence against civilians as government troops continued to attack, launching mortars into the city after receiving news of the veto. The Wall Street Journal confirms almost 100 people are dead and the residents live in fear of an all-out ground assault by the Syrian army.

Syria is the most recent Middle Eastern state to attempt to join the Arab Spring movement. Beginning in the spring of 2011, Syrians began to protest against the government, calling for political reform, civil rights and a lifting of the state of emergency instated by President Bashar al-Assad and his father, Hafez al-Assad, since 1963. Protests escalated as the government responded with violence.

Assad has received harsh criticism from the U.N., leading to an expulsion of Syrian ambassadors, the closing of the U.S. embassy in the capital, Damascus and the removal of ambassadors by several European states, reports BBC. In a statement made to the Arab League, the Syrian government states it is fighting “foreign-backed armed gangs” and “terrorist groups” and will continue to do so until “security and order are restored,” reports ABC.

MSNBC reports the veto to coordinate assistance to the oppositions of Syria’s government shocked and outraged many members of the international community. China and Russia both used their veto power in the Security Council to stop U.N. intervention in Syria.

Russia has sent another wave of ambassadors, in an attempt to find a peaceful solution, reports the Huffington Post. China chose to veto because it wished to avoid more bloodshed, says ABC news. However, both Russia and China have more invested in Syria than the protection of human rights. Both countries recognize the ramifications of an approval of the U.N. proposal to assist Syria as it attempts to overthrow President Assad.

The U.N. is based on the mutual respect and recognition of the sovereignty, or independence, of nations and the right to conduct domestic affairs at their discretion. While the violation of human rights can evoke U.N. intervention, a state must fit certain ramifications before the U.N. can interfere.

According to the Washington Post, Russia disagreed with the strategy targeted at “regime change” through military intervention, which could be a seen as serious threat to the sovereignty and autonomy of states. People’s Daily, as a Beijing mouthpiece for the Communist Party of China states, “The United Nations can stop aggression, but it cannot force a country to replace its regime.”

Actions taken by the U.N. that do not respect the national sovereignty, or right to rule, of a government could set a precedent on international intervention that would make China and Russia uneasy. Both countries have a history of human rights abuses requiring government forces to restore order through violence. Approving Syrian intervention could create a precedent that would approve the violation of the independence of states; a dangerous position for an international organization built on the cooperation of autonomous states, argues Al-Jazeera.

The Huffington Post reports that violence in Syria will continue to escalate as President Assad attempts to cement his position; however, China and Russia’s decision to veto intervention could prevent the creation of a precedent that would threaten the foundation on the U.N.- the respect of the autonomy, or independence of states. The U.N. is designed to prevent war and to protect human rights, not change leaderships and reorganize governments.