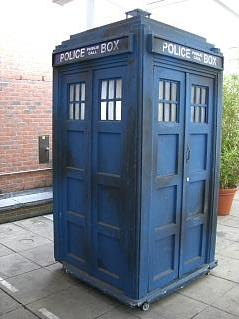 Surprise, Whovians! After all the anticipation and controversial chitchat, the Doctor is going to be played by a white, British guy. Again.

If you have no idea what I just said, this paragraph is for you. “Doctor Who” is a long-running British television show starring this alien with two hearts who runs around saving the world in a time-traveling space ship resembling an old blue British police box. The Doctor, as everyone on the show refers to him, has a companion (sometimes two) who accompanies him on his travels. Oh, and when I say long-running, I mean it — the show’s first episode aired in 1963. And this is where it gets interesting: in order to keep the series going, every time the doctor is on the brink of death, he regenerates; meaning, in T.V. terms, the current actor passes on the torch to the next guy. Right now, we’re on the brink of a 12th regeneration, which, according to canon, means there are only two doctors left.

Since the dawn of the show, a white British guy has always played the starring role. This time, however, there was talk of a woman doctor, with names like Helen Mirren and Tilda Swinton being thrown around in the discussion. There was talk also of a black doctor, primarily Idris Elba, the impressively talented British actor whose roles have ranged from American gangster to Norse god. A strong female, a person of color: either would have brought new life to the role and brought out aspects of the doctor’s character that would be impossible in the current mold.

But despite this momentous opportunity to change the direction of the show in one fell casting swoop, the creative team decided to hire 55-year-old, Scottish-born Peter Capaldi.

When I first heard the announcement about the new doctor, I was torn. Capaldi seems like a good actor perfectly capable of giving his own unique spin to the Time Lord. His age will certainly be refreshing after three consecutive young, hip doctors (because let’s be honest, the whole doctor/companion sexual tension thing is getting old). But of the multitudinous options we had for doctor, why did the team have to go with the same old Doctor archetype?

Maybe I should start by examining the archetype in itself. White male saves Universe, accompanied by a usually female companion. The male doctor/female companion thing is great — until you consider the way it puts the companion in a damsel in distress role in basically every episode, and the problems that causes in terms of perpetuating gender stereotypes. Occasionally the companion will save or help the doctor, but these situations happen infrequently. The companion, the highest role a woman has been able to attain thus far, does not get to save the Universe. Why does the savior of the Universe have to be male? Or white, for that matter? There really is no good reason, although it certainly would be easier on the writers to continue the same pattern they’ve followed for the past 50 years. White. British. Male.

I’m not saying Peter Capaldi isn’t talented. I’m not saying we should all riot with pitchforks and torches against the casting director. And I’m certainly not saying I haven’t loved the previous doctors. All I’m saying is, it’s about time for a little change.