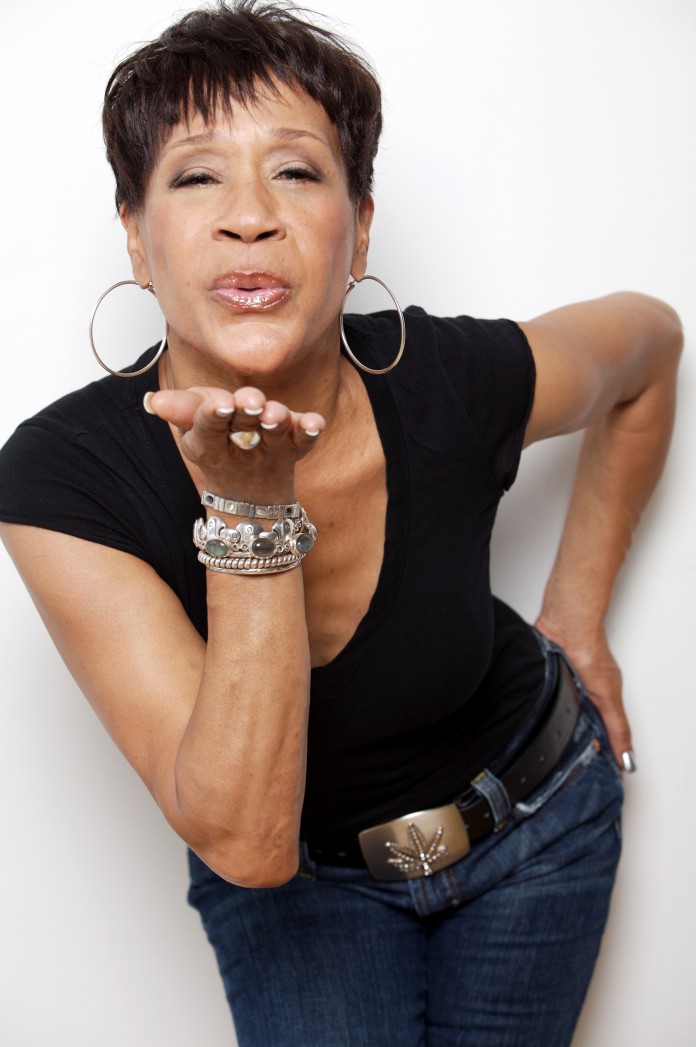 As the darkened Campbell Hall filled nearly to capacity on April 22, four musicians donning all black attire appeared from back stage, making their way slowly to their instruments. As they began to play, the crowd expected one more artist to join the already visible four, Bettye LaVette. LaVette is no stranger to the microphone; the talented soul singer recorded her first single with Atlantic Records in 1962 and has since continued a somewhat low-profile singing career for four decades with the music industry.

Finally making her appearance, LaVette was beckoned toward the front of the stage by the applause of the attentive audience. Wielding only a microphone, draped in the same solid black outfit that her band mates are wearing, and wearing a jubilant expression on her face, LaVette obviously felt the beat of the music as she danced about the stage.

The first song that she performed for the engrossed audience, “The Word,” was filled with powerful, hair-raising vocals that dominated the amplifiers. Her soulful style, which is full of pure, child-like passion, has a powerful grasp upon one’s eardrums. As her first song came to an end, the young audience seemed to become better acquainted with this tireless musician.

LaVette kept the interludes between songs light as she joked about how many of the audience members had probably never heard of her, despite the amount of time she has spent in the music industry. She then quickly switched to a more serious tone, as she expressed how thrilled she was to be given the opportunity to perform with the group she was standing in front of this evening.

Many of the songs that LaVette belted during the course of the evening were covers of tunes by other artists. Yet the way in which she put her own spin on them makes for an almost entirely new interpretation.

One song in particular that was completely revamped in a way that only LaVette could accomplish was her rendition of The Who’s “Love, Reign O’er Me.” She has the astounding ability to transform such a massive hit into something that seemed like it was being sung for the first time. She slowed down the lyrics, putting more or less emphasis on the lines she was interested in, giving the song a completely different dynamic. Also, LaVette makes the presentation of the song incredibly important, in order to separate her version from the original. In a chilling moment at the end of “Love, Reign O’er Me,” all of the musicians stopped playing, leaving only LaVette and her awe-inspiring vocals to finish off the song. Every eye in the house was focused on the singer as she finished the song in such a dramatic and powerful fashion.
?
Besides the incredible vocals and witty dialogue that LaVette brought to the microphone, there was one more thing that made her performance unforgettable; her varied facial expressions while she performed each of her songs. It was almost comparable to watching a production at the theater, as every lyric appeared to be resonating deeply inside of her, translating to expressions that ranged from bliss to sorrow. For the more light-hearted numbers, LaVette chose to roam the stage, microphone in hand, as she shuffled her feet to the music, laughing and smiling the entire time. The audience was then able to see another side to the artist during the more serious songs. To emphasize the lyrical importance of melancholy melodies, Betty holstered the microphone into its stand, keeping her eyes shut during nearly the entire duration of the track. LaVette was even moved to tears during a cover of George Harrison’s “Isn’t It a Pity,” showing her identification with the lyrics and giving a candid view of her humanity.

LaVette ended her performance alone; she sang a cappella as the other members of her band slowly removed themselves from the stage. As the final notes left the singer’s vocal cords, the audience jumped to their feet to deliver a thundering round of applause.

LaVette joked earlier in the performance about not having the recognition that she would have expected with such a lengthy career in the music industry. One can only hope that she realizes her impact on the enthralled audience that evening, who basked in her passion-driven vocals and spectacular stage presence.