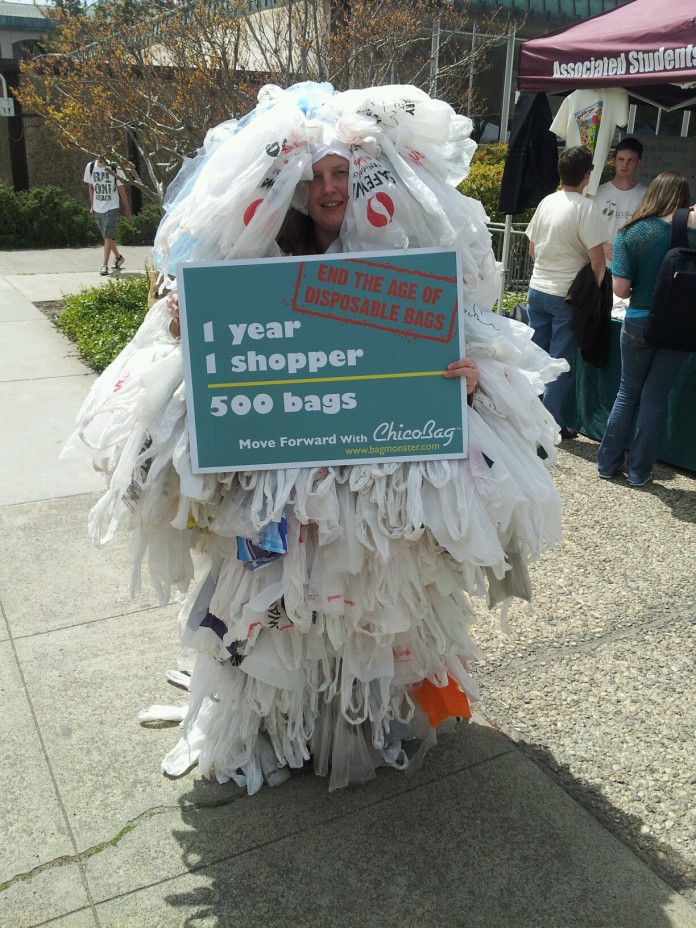 Environmental activists have reason to celebrate. The Los Angeles Energy and Environment Committee is working to approve a ban on plastic bags to reduce the amount of environmental damage in the county. The measure, which has already been passed in nearly two dozen other municipalities in the state, is currently a major topic of discussion in Los Angeles County.

As someone who is not particularly concerned with saving our environment, I guess it doesn’t come as a complete shock that I don’t really see the importance of this measure being passed. In fact, I find it a bit of a nuisance. Let’s say this measure were to get passed in Santa Barbara, in addition to finding the time to go grocery shopping, now I have to tell my roommate, “Hey, Tanya, turn the car around! I forgot my reusable tote.”

So this is awesome. Now I have one more responsibility. I have one more thing to add to my to-do list, and another thing to worry about remembering to do. As if I don’t have another million more pressing things going on.

Additionally, I enjoy my collection of plastic bags. As someone who has just started living on my own, I can now fully appreciate the services they provide. My housemates literally use plastic bags for everything. They serve all sorts of purposes, including storing the trash, picking up dog waste and other fun stuff. But if the measure garners nationwide attention, eventually plastic bags would become obsolete. Sure, paper bags will still be available in stores, but those are often times bulky and not as compatible with the things I need bags for. I am not trying to sound selfish here, but let’s think about it for a moment. Getting rid of them would complicate things, to say the least.

Now, I don’t want to come off as a complete dunce. I understand that concerns about the environment are totally valid and I respect people who are willing to go out there and profess these beliefs. As the second most common trash item in the Los Angeles area, it serves as hazard to wildlife and contributes to environmental degradation. However, we cannot sit here and act like the bag ban won’t impact us.

According to third-year economics major Christa Wu, while the bag ban may be perceived as a step in the right direction for environmentalists everywhere, the idea of having to bring reusable grocery bags everywhere will undoubtedly be a hassle.

“As the most scatterbrained person in the world, I hardly have time to worry about bringing bags from home for my groceries. I like plastic bags. Sue me,” said Wu.

Second-year communications major Allie Fields agrees, adding “Who on earth is going to remember to bring one every time?”

“Upon hearing of this pending bag ban in Los Angeles, I must say, I’m less than enthusiastic about it. I use plastic bags all the time. Without them, I simply don’t know what I’d do with myself,” said Winthrop.

So, there you have it. I’m not crazy; there are others who believe this measure will do more harm to them than good. Hopefully I’m not offending all the environmentalists out there by saying I really, really, really hope this bag ban does not get passed.