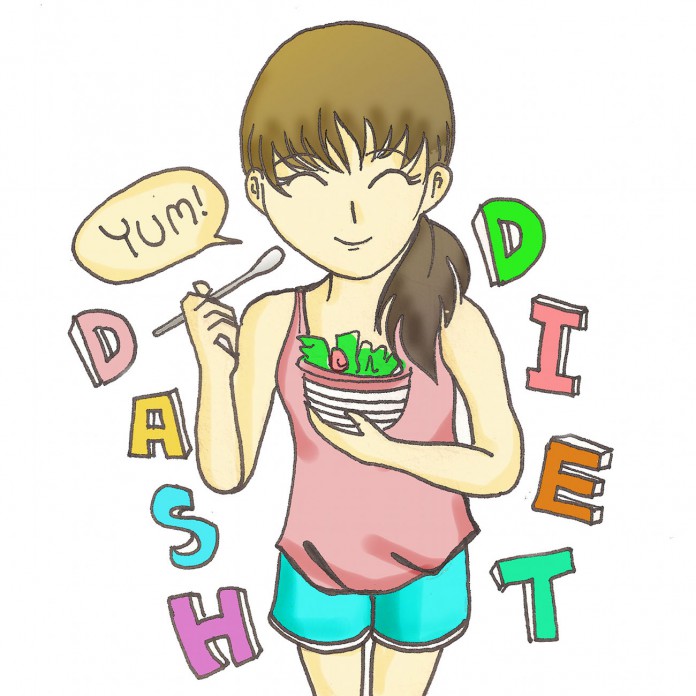 Surely everyone is aware of the many diet plans available to those looking to drop a few pounds. They’re everywhere. At the grocery store, if I happen to be browsing the candies, there’s a magazine conveniently close by promising to teach me how to lose that extra weight. When surfing the Internet’s more questionable websites, the ads promise I can do it if I follow just one simple rule. One of my mom’s friends swears by South Beach, another by Atkins, and I’m sorry, but what’s the difference? My friends in high school tried something called the Raw Food Diet, and my roommates are trying the infamous cleanse involving lemon juice and cayenne pepper. Apparently it’s not as bad as you’d expect. Personally, I expect it’s terrible. Better than terrible really isn’t that enticing.

Have you ever looked at some of these diets? Atkins gets rid of bread and grains altogether. Have you seen the food pyramid? The biggest section is bread and grains. And if you’ve seen the new system, MyPlate, it advises that a fourth of your meal be grains. I’m skeptical of any diet that eliminates an entire food group. The raw food diet is even worse. It eliminates cooking. So, unless you plan on living off of steak tartare, you won’t be having any meat. Again, I’m skeptical. Possibly the most suspicious, is the Master Cleanse. It eliminates food altogether. Instead of eating when you’re hungry, you’re supposed to drink a concoction of lemon juice, rich maple syrup, cayenne pepper and pure water. Does that sound satisfying to anyone? I don’t see how it could.

You may be thinking, “Okay, I could handle that for a day or two.” Try ten. How about thirty? That is thirty days without food. The diet plan swears it is safe for over thirty days, but they advise a nightly laxative. Apparently the lack of actual food takes its toll. Of course it does! I feel like slapping someone. There are people who willingly go without food for a month? Are they crazy?

I do understand the motivation. We live in Santa Barbara, the land of sunshine and beaches, and now it’s spring. If you’re going to get in a bikini and lay out in the sun, you have to feel confident about your body. Believe me, I’m no stranger to the diet craze, but I’ve never tried one myself. My mother, a former nurse and current health teacher, preaches moderation. I grew up hearing about serving sizes and proper portions… with the occasional trip to Baskin Robbins for a hot fudge sundae.

“Everything in moderation,” she’d say as we pulled into the parking lot.

She believed with conviction that dieting doesn’t work. She doesn’t believe in depriving yourself. Sure, you’ll lose weight, but are you supposed to live the rest of your life without dessert?

If you try a temporary diet the second you start eating like normal again, you gain it all back. Some people may have enough self-control to never eat another unhealthy thing again, but that just sounds like no fun at all. And if you try some of the more radical diets (Master Cleanse anyone?) you simply can’t keep it up. There’s a reason we crave food. We’re supposed to eat it. Sure, there is a ton of food with things we don’t need, but at its root, the craving for food is a healthy one. We’re not supposed to starve ourselves.

So, take a look at a plate. Divide it in fourths. One is for fruit, one is for vegetables, one is for grains and one is for meat. Pour yourself a glass of milk. Every once in a while, try an ice cream sundae or a cupcake. I swear it won’t kill you.