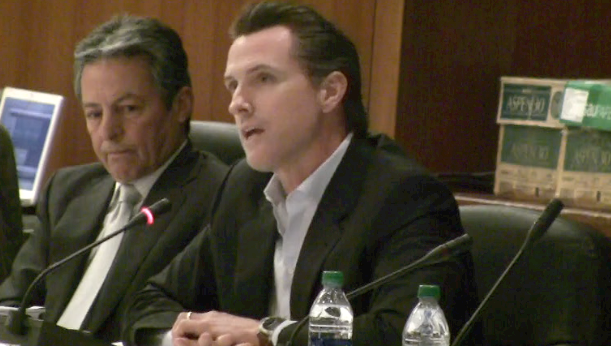 The University of California Board of Regents concluded their three-day meeting by deliberating the pros and cons surrounding regent support of Governor Jerry Brown’s tax initiative.

“In my view, it represents the best opportunity I’ve seen in my four years in California for the state to clamber out of a sinkhole of fiscal uncertainty and move forward into a better, more prosperous future,” stated Yudof.

With a $750 million permanent reduction in state support, as well as $362.5 million in unfunded mandatory cost increases, the UC system is currently trying to resolve a budget gap of more than $1 billion. Still, many UC students during public comment period expressed concern about how the revenue generated by Brown’s tax initiative would be allocated, particularly since there is no specific monetary allocation for the UC system or higher education in general.

Claudia Magana, UC Student Association Board president, presented before the Committee on Finance and Board of Regents similar concerns regarding guaranteed funding for the UC system.

“We believe that the UC should get its fair share of the money from this tax initiative, which we believe should be close to $600 million in additional funding each year,” Magana explained.

“Students will be speaking out and organizing to ensure that as much of the funding from this initiative go to higher education as possible, and that this money is used to stop fee hikes.”

Magana also commended Yudof for his public endorsement of Brown’s proposed tax initiative, which she states demonstrated Yudof’s commitment to stop fee increases, re-hire faculty, offer more classes and pay fair wages to university workers. However, Magana also drew attention to the lack of student representation and involvement within negotiations held between Yudof and other UC representatives with members of the Governor’s Office and State Legislative Assembly regarding a four-year “deal” or “compact” in exchange for UC support for the tax initiative.

“While we [the students] commend your efforts to ensure additional funding, we have some concerns about both process and substance of this potential deal,” said Magana. “It is not fair for us to hear about these negotiations second or third-hand, and then presumably learn about a final deal after the fact.”

While short-term features of Brown’s proposed tax initiative for the UC 2012-2013 budget include no further cuts to the UC that year, as well as an increase by the state in its general fund contribution to the UC and California State University systems by an unknown minimum amount each year from 2013-2016 if the tax initiative passes, its long term features would establish regular tuition and fee increases. And, if the Governor’s tax initiative does not pass in November, a proposal of $5.4 billion in cuts will affect education and public safety, with a trigger cut of $200 million by the state for the 2012-2013 UC budget year.

“Though we are pleased to hear that this deal may include a buy out of any tuition for next year, students will not be supportive of any deal that includes guaranteed fee increases in out years,” said Magana. “We should be discussing rolling back fees, not increasing them any further.”

Regent Eddie Island also cautioned the Board of Regents against agreeing on a “regime” of annual tuition increases.
“We ought to resist that with every fiber of our being,” said Island. “If we are to do tuition increases they ought to be at the moment, because we had no other choice.”

While Regent Sherry Lansing felt confident that if the Governor’s tax initiative passes, along with the appropriate negotiations and deals made for the UC system, there could potentially be more revenue for the UC. However, Lieutenant Governor Gavin Newsom believes it does nothing to secure the future of higher education.

“I think we’re coming in way too low with expectations, this whole thing is leaving me very concerned,” expressed Newsom. “This is nothing more than political window dressing from Sacramento’s perspective, we’ve got to raise the bar dramatically with much more guarantee and certainty.”

Regent Paul Wachter agreed with Newsom and acknowledged the state’s responsibility not only to fund higher education, but also to fund the retirement plans of university employees, another significant expenditure and cost to the UC budget.

“It sounds like there’s no guarantee where the money is going,” commented Walker. “If there is a legal obligation I say we sue the state of California.”

Towards the end of the discussion, Regent Richard Blum warned the Board of Regents the consequences of fully endorsing or supporting something as an entire board.

“When we do something as a board, we better be real clear that we’re taking a special step,” Blum stated. “So we better get something out of it.”