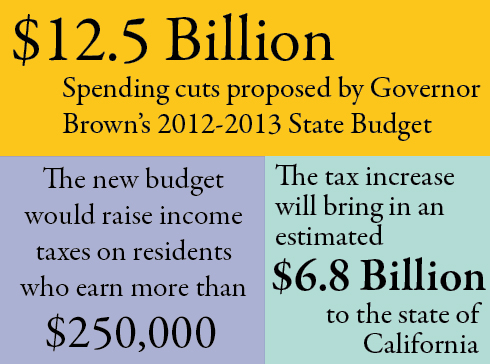 Gov. Jerry Brown got a little extra love on Valentine’s Day when Standard and Poor’s rating services shifted the state’s credit ratings outlook from stable to positive. S&P announced Feb. 14 that it would upgrade California’s ratings outlook, noting in a news release that the state is poised for credit improvement- and potentially higher rating- pending its ability to better align its cash performance and budget assumptions.

“By downsizing its spending base, the state has corrected a significant portion of its budget imbalance,” said S&P analyst Gabrial Petek in a statement.

In January 2010, S&P had deemed the state’s credit rating outlook as negative after disagreements over the state’s budget forced California to issue over $2 billion in IOUs. Last July the firm upgraded the state’s outlook to stable. Upon the news that the credit outlook had been upgraded again in half a year’s time, the governor’s office attributed the dramatic shift to Brown’s new state budget, which they dubbed as, “…the state’s first on-time, honestly balanced budget in a decade.”

While California still faces a multi-billion dollar deficit, the credit rating agency said the state has corrected a significant portion of its fiscal shortcomings. H.D. Palmer, a spokesman for the state’s finance department, said there are a myriad of reasons for the credit outlook upgrade, including the ability of the governor’s budget to help close the deficit gap through trigger cuts and foreign investments in China.

While residents of the state themselves won’t experience the effects of the credit promotion personally, the rating’s upward shift may be a healthy dose of medicine for the state’s ill economy.
A robust credit score usually lowers borrowing costs for governments, said Paul Habibi, a former investment banker and real estate professor at University of California Los Angeles, in an interview with NBC Los Angeles. Interest rates on state bonds are directly related to the state’s credit score and when the credit score goes down, interest rates go up. Lower credit ratings and high interest rates are an integral piece to the European Union’s current debt crisis.

However, many experts have said the California’s credit boost will have only minor implications for the state’s economy and does not indicate the state’s budgeting issues are near being resolved.

The credit outlook upgrade is also contingent on the passage of Gov. Brown’s 2012-13 budget, which calls for $12.5 billion in spending cuts, and if voters in the state approve the governor’s November ballot measures, that would raise income taxes on people who earn more than $250,000, and increase sales taxes statewide to avoid further cuts to education. The tax increase is estimated to bring in $6.8 billion to the state and would fund money to public schools and pay counties to house more inmates in local jails rather than state prisons.

Despite some skepticism, Gov. Brown has touted the outlook upgrade as another sign of life in the state’s crippled economy.

“The fact that California’s ratings outlook has shifted from negative to positive in less than a year is a powerful vote of confidence in our state,” said Brown. “Let’s keep the momentum going.”