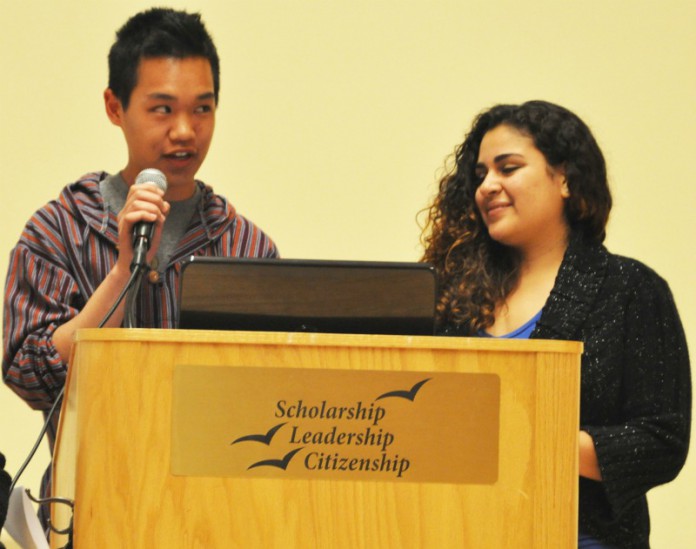 Over three million people across the continent of Africa receive free antiretroviral drugs as a treatment for the HIV infection. These antiretroviral drugs have given hope to millions of people with HIV and have “resurrected” people from the brink of death within about 40 days of taking the drug. But there are still 3,000 people dying everyday from HIV/AIDS, and over 20 million people have died from HIV. A film screened at the Student Resource Building on Feb. 3, “The Lazarus Effect,” sheds new light on what it means to be infected with the HIV illness.

“The Lazarus Effect” focuses on the history behind treatment of HIV in Africa. Antiretroviral drugs were not always free; because of the poverty in Africa, a lot of people had to choose between buying food or buying the drugs.

“There was a lot of debate,” said Constance Mudneda, who is profiled in the film, reflecting on the hardship. “What was more important? Should we pay the rent, or should we buy the drugs, or should we buy food, and then when you look at all of these three, they are all important.”

Many families have more than two children, so the choice to save one child over the others was a heartbreakingly normal decision. It was not until an unnamed social worker came to disclose to the people that there were free drugs in a new clinic that they began to discontinue this practice.

The documentary features four stories of people who are infected with HIV. First profiled is Mudneda, who helps run three clinics in Africa. The viewer learns that all three of her children fell victim to HIV, and her husband subsequently told her that he would not get tested unless she got tested as well. It was not until the new clinic was opened that she found out that her husband and herself were both positive with HIV.
Bwalya Liteta, another subject of the documentary, was a 24-pound 11-year-old that fell victim to HIV. Because she had to miss school due to her illness, all she talked about during her interviews was school and how she missed her friends. You could feel a tangible sadness take over the entire audience as they watched her drink from a metal cup that was perched upon a clay windowpane to take her antiretroviral pill. Eventually, the entire mood of her interviews changed when she got better and was able to go back to school. She smiled a lot as she talked about her friends, along with finishing school at the top of her class.

Mudneda commented later in the film on the success of HIV clinics.

“I think the impact has been seen with the huge numbers of people coming to access treatment right now because people are no longer scared to come to the clinic because people want to live,” said Mudneda.

There has been such a progress in treatment that during the third trimester of pregnancy, HIV positive pregnant women can come to the clinic to receive treatment to diminish the chances of their unborn child being born with HIV. Although there is newfound hope for many Africans, there is still despair for those who live in rural areas of Africa, who have to travel four days to get to the nearest clinic. In some cases, four days is a little too late. As a result, there is still work that needs to be done to help those with HIV.

ONE is an international grassroots movement that advocates to fight “extreme poverty and preventable disease, particularly in Africa, by raising public awareness and pressuring political leaders to support smart and effective policies and programs.”

ONE brought “The Lazarus Effect” to the SRB. There is a subset group of members of ONE at University of California Santa Barbara. Roxana Rodriguez, a third-year history major and a member of ONE’s UCSB chapter, suggested that UCSB send a letter to Congress to help fund ONE so that they can help those in Africa with HIV.

The documentary was a compelling piece of knowledge that changed my perspective on how easy it is to help save one life, if not millions. If we want change, we have to start from within. Those in Africa with HIV want to hear our voices. They need our help.