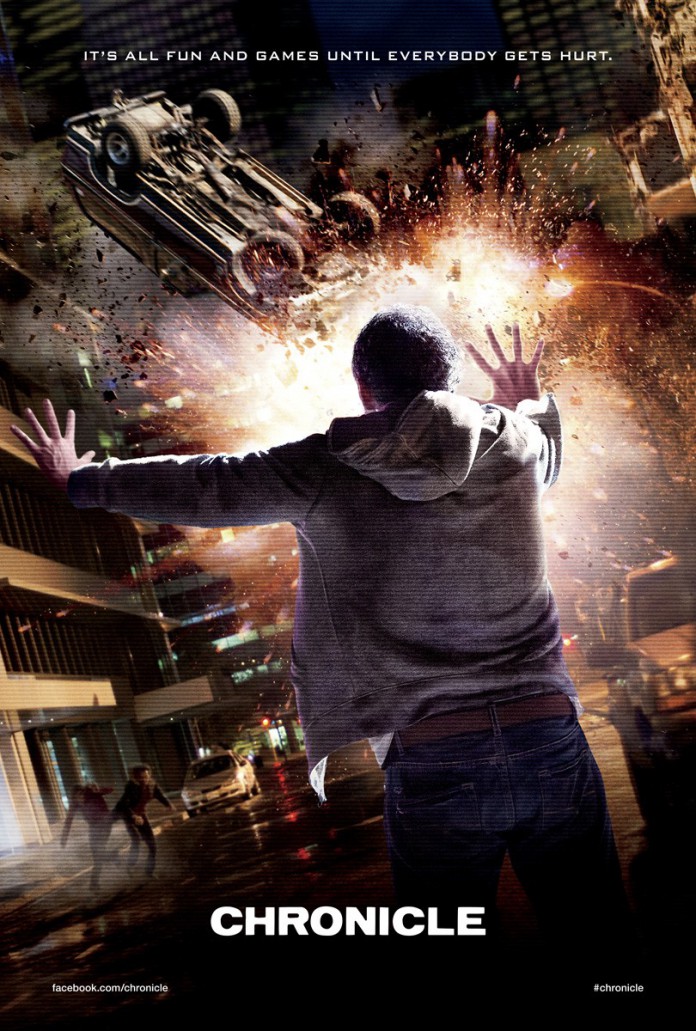 “The Blair Witch Project” started it. “Paranormal Activity” brought it into the home. “Cloverfield” used it to make entire audiences motion-sick and wish the directors never did it. Found footage film is the new crutch of Hollywood, employed mostly to add a once original twist to movies that lately, like 3-D, has become so overly used (and badly so) that most audiences instinctively shy away from it. “Chronicle,” a found-footage style movie about three high-school boys who obtain telekinetic powers, is the shining light in this genre, rejuvenating it with an intelligent script, honest acting and a complete reworking of the term, “a steady hand.”

The film focuses on Andrew, his cousin Matt and their classmate Steve, who, after crawling into a mysterious hole outside of a party, find themselves graced with telekinesis. The only unpleasant side effect is the occasional nose bleed. The initial premise isn’t particularly original, especially with the swarm of superhero origin stories flooding the silver screen lately, but after a predictable beginning, “Chronicle” does something unheard of in the fantasy power genre. The characters don’t become superheroes.

This drastic shift away from the norms of Spiderman and Green Lantern films gives “Chronicle” its true life and appeal. The characters themselves are relatable, sympathetic and down-to-earth. They truly are quintessential high-school boys that lack visions of grandeur. The trio uses their abilities for their personal gain and enjoyment, rather than epic feats.
They play pranks at a grocery store, move a woman’s car across a parking lot and, in a spectacularly filmed scene that makes you want to join them, figure out how to fly and then play football miles above the ground. Rather than making the characters appear arrogant or immature, this light-heartedness reinforces that the characters are, in fact, human. When faced with the decision of if they should fly to Tibet for fun or fight off bad guys, they take the choice the majority of us would.
The audience’s sympathy for these characters owes a great deal of credit to the actors. The characters themselves hold a strong weight in the film, keeping it grounded and emotional as the audience watches their powers change them, particularly Andrew, who is played by Dane DeHaan. Andrew, who has an abusive father and dying mother, is the main focus of the film, as well as the guider of the camera. Andrew successfully balances his personality, ensuring that even as he becomes absorbed by his new-found powers and behaves erratically, occasionally violently, the audience can’t simply brush him off as psychotic or unjust.

Through Andrew, “Chronicle” finds a clever way to avoid the cliché angles and shots routinely applied in found footage films. Using his telekinetic powers, he floats the camera around himself and others, removing, with the exception of a slight wave motion, the tendency for the “shaky hands” effect.

Making a not-so-subtle comment on our reliance on technology, the director extends the found footage to include not only Andrew’s own recordings, but those from devices he and the other characters interact with. Street cameras, personal phones, security cameras and other recording devices combine to fill in the blanks where the boys aren’t filming themselves, reminding the audience that no matter where they go, they’re never really that far from a camera.
“Chronicle” had everything running against its success, with its placement in the over-used found footage genre, and its initial unoriginal premise of high-school boys finding they have superpowers. Most would have predicted it would be an awful movie, but it isn’t.

It’s characters are complex, relatable and, more importantly, perfectly human. And its found-footage style is used to add a connection to the audience, and allow them to experience the scenes in a new way, rather than as an excuse to not hire a cameraman. Finally, Andrew, simultaneously the hero and the villain of the film, is complex, intricate and well-executed, no easy task considering the intimate nature of the found footage style. “Chronicle” is a surprisingly original sleeper film. After making twice its production budget at the box office opening weekend, it is likely to be getting more well-deserved attention in the coming weeks.