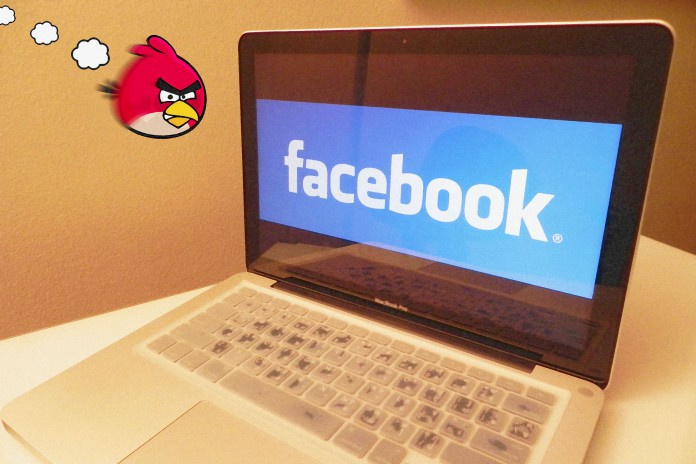 The social networking world is embracing the emergence of the most popular application of 2011: “Angry Birds.” As of last Tuesday, Facebook users were given an exclusive glimpse into the game, which has been newly adapted for online use. For those who are unfamiliar to the application, the objective of the game is quite simple. Birds are flung into the air by use of slingshot with the sole purpose of attacking pigs fortresses and reclaiming their stolen eggs.

The online application store features multiple versions of the game, including shortened versions free to smartphone users. It is also said to feature newer, advanced levels and never before seen interactive features. Facebook friends can now compete with each other for high scores, as opposed to the limited man versus computer option on mobile phones.

The app was created by Rovio Entertainment, a company that was virtually unknown before the “Angry Birds” took the mobile gaming network by storm. It was originally designed in 2009 and has since been downloaded over 700 million times. The popularity of the game continues worldwide, as more than 50 countries across the globe promote it as their number one paid application, which may explain the recent cross over to the popular social networking site.

According to Rovio Asia Senior Vice President Henri Holm, “…the company developed Angry Birds on Facebook to reach more than 800 million Facebook users worldwide” he said. The company has high aspirations for the online version, which includes attaining a total of one billion users. The possibility is highly likely, seeing as Facebook is home to over 845 million members to date.

The game is particularly popular in nations such as India and Indonesia, where 43.5 million and 43.1 million citizens are Facebook users, respectively. Since becoming an international phenomenon, the company has expanded to selling various types of merchandise in malls everywhere.

Users on campus have admitted to their devotion to the game, some noting it as their favorite application available.

“It’s my favorite app hands down. I’m excited to play it on Facebook, even though I’m a little worried about how much time I’m putting into it,” said second-year English major Kyra Klopp.

It is difficult to say what exactly makes the game so much more popular than the thousands of other applications available to smartphone users. Perhaps it is the simplicity of it and easiness to comprehend what needs to be done to win. The ongoing levels make it addictive for many and build determination to continue. And the high level of accessibility on a mobile phone makes it a prime activity for anyone on the go.

There is some speculation as to whether or not the app will have similar success on Facebook, a site designated primarily for online communication, where online games such as “Farm Town” seem to have gone downhill in recent years. In spite of this fact, there is little doubt that a game, which has garnered so much positive feedback and high levels of interest globally, will thrive on the social networking site.

“Whether it be on a phone or online, I’m sure it will continue to be a big hit and attract even more users,” said second-year mechanical engineer major Robert Neal.