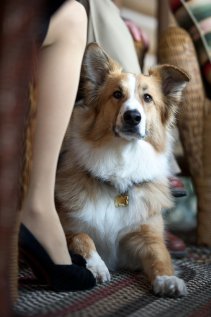 Once a year, the Santa Barbara International Film Festival brings a diverse mix of vaunted features, short films, A-list ensembles and up-and-coming filmmakers and actors during its 11-day stay in downtown Santa Barbara’s State Street. The festival gives Santa Barbara residents, as well as University of California Santa Barbara students, a highly enjoyable dose of Hollywood eye-candy and critically acclaimed films–many of which are making their U.S. and world premiere right here in our beloved downtown.

State Street’s various theatrical venues welcome the influx of films, as well as the large number of locals and out-of-towners who congregate to experience Santa Barbara’s annual Academy Award-filled event, closing off sections of downtown’s most trafficked thoroughfare in order to accommodate its red carpet events and the large and eager crowds of film enthusiasts who come to see them.

The film stars Keaton and Kline as Beth and Joseph Winter, a couple struggling with a growing feeling of loneliness and isolation, resulting from Joseph’s career as a surgeon. When Beth and daughter Grace (played by Elisabeth Moss) adopt a stray dog they rescue from the side of a road (whom they aptly name Freeway), Beth attaches immediately to it, sensing in it the same feeling of alienation and heartache that she herself is undergoing. Freeway becomes the only steady force in her life, due to her husband’s career. Freeway also becomes the catalyst for many of the film’s plot elements, serving as a matchmaker for Grace, who falls for the veterinarian they bring the dog to after its rescue, a source of tension for Joseph and a rallying point for the rest of the film’s characters. When Joseph, distracted by a phone call, loses Freeway during a walk through the dense forests of the Rocky Mountains, a series of events is triggered that bring great friction between Beth, Joseph and their family circle, as well as the film’s resolving emotional catharsis.

The film juxtaposes the emotional complexities that define relationships with its various couples, with Beth and Joseph carrying the majority of the emotional force. Grace and Sam (Grace’s veterinarian love interest, played by Jay Ali) represent youth in love, Penny (Weist) and Russell (Jenkins) represent a comically older counterpart, and Bryan (Duplass) and Carmen (Zurer) bring an amusingly awkward element to the story.

The film’s overall dramatic tone is occasionally interspersed with beguiling dollops of comedic bursts, such as Joseph’s epic fail when he tries to scare away two mountain goats while doing his best Freeway impersonation, or his hilarious eye-rolling reactions to Carmen’s less-than-clairvoyant psychic predictions. These moments never feel ill-timed, nor do they take anything away from the rhythm of the story, much to the film’s credit.

In the film’s final scenes, “Darling Companion” brings us to familiar territories of love and loss, trying to reveal to us that well-meaning motivations often lie beneath misinterpreted actions, and that love tends to be the only thing that matters in the end, showing the audience what true companionship may hold for us. A viewer will come to understand that the dog, whom everyone inevitably falls for, while amazingly lovable, is not necessarily the owner of the film’s meaningful title.

The “Darling Companion” red-carpet premiere also brought Santa Barbara a delightful first-person glimpse of the movie’s stars, along with other interesting faces. Keaton arrived to thunderous applause and excited screams from the crowd, many of whom were extremely eager to catch a glimpse of their favorite celebrity. Kline arrived rather demurely, quickly engaging fans and reporters in conversation.

Zurer arrived at the Arlington, beautifully resplendent in her black dress, and quickly caught the crowd’s attention as she walked down the red carpet.

Zurer was excited to work with such big names in a film and was quick to comment on the experience.

“It was fantastic! Working with Diane Keaton was astounding! I remember being on set once and seeing her and just being in awe-I forgot my lines,” she said.

Zurer even gave a glimpse of her next project.

“I’m playing the baby’s mom [in the upcoming Superman film, ’Man of Steel’],” said Zurer. “I can’t say much, but fans should expect some of the old things, but also some new.”

Among the A-list names in attendance, it was Kacey, the dog, who plays Freeway. The pup stole the hearts and attention of all, stoically posing for photos while mingling with her co-stars.

While the premiere of “Darling Companion” gave the SBIFF an appealing first taste of the merriment to come, the festival, which lasts until Sunday, Feb. 5, has much more to offer. Some events include The Virtuosos Award on Friday, Feb. 3, featuring Rooney Mara (“The Girl with the Dragon Tattoo”) and Andy Serkis (“Planet of the Apes”), the Director’s Panel on Saturday Feb. 4, where renowned directors discuss their films and field questions from the audience, and the 10-10-10 Student Competition on Sunday, Feb. 5, where the films of high school and college students are given critical exposure in the industry. The full list of movies and events and their respective dates and times can be viewed at sbiff.org.

With so many interesting events and entertaining films still to come, the Santa Barbara International Film Festival provides a great opportunity to view new artistic horizons, learn more about the film industry, and even interact with the industry’s biggest movers and shakers. Don’t miss out!