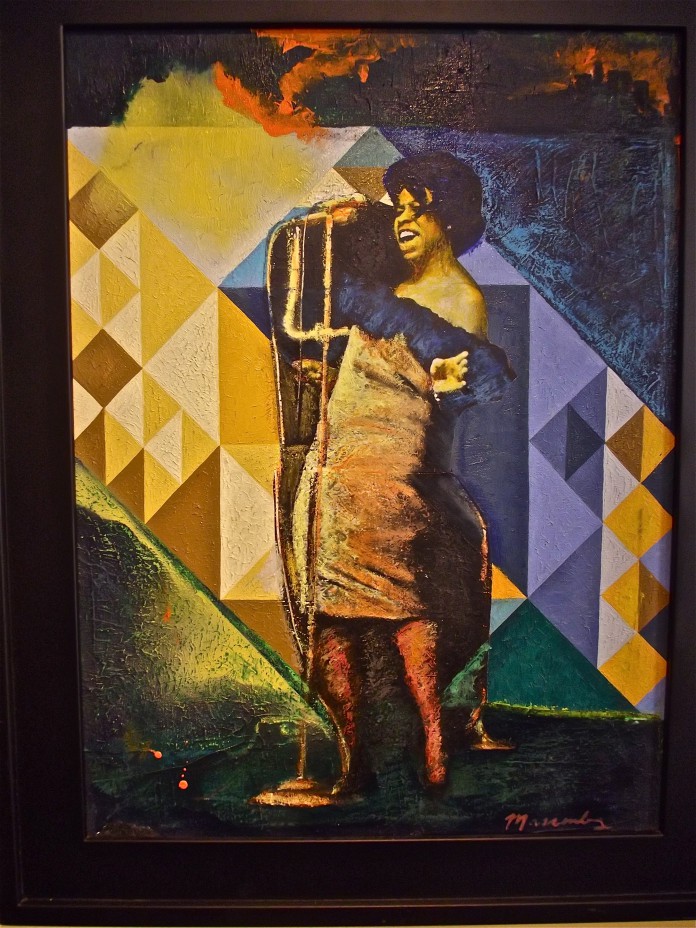 From Jan. 18 through Jan. 23, University of California Santa Barbara students and faculty had the chance to enjoy an artistic exhibition in the MultiCultural Center, with complex pieces that expose and deal with racial and social issues. The exhibit, called “Faces and Places,” featured Los Angeles-based artist Michael Massenburg’s work.

“[The pieces] bring up important questions: the artist’s background, mission, and purpose,” said Satya Chima, office manager of the MCC. “Obviously, he has direct messages in his work. He’s talking about struggle, oppression, hierarchy and he’s also talking about life.”

Massenburg’s pieces were focused on everyday African-American people doing activities, such as riding a bike, or standing on a sidewalk. Each painting also conveyed different and complex meanings such as civil obedience or patience.

One of his paintings showed a woman with short shorts and a carefree attitude looking down into the painting. Another painting, which was entirely composed of black, was of a man sitting down at a piano. To bring color and form to the painting, strips of white paint purposefully dripped down, until the white paint stopped just before the end of the canvas.

The backgrounds in most of his work were abstract and were left to the observer’s interpretation. In many of the paintings, the brushstrokes were long and whimsical spirals.

It’s interesting to note that Massenburg doesn’t want to limit himself to one genre or artistic medium. When asked about the era he felt his work was most reflective of, he hesitated.

“In our culture everything is expected to be put in a box,” said Massenburg. “I guess I would say I am a visual artist and a contemporary artist because I do drawing, painting, collages and collaborations with dancers.”

Massenburg uses a plethora of artistic media to create his work, but most prominent is his use of acrylic paint. “I use a lot of acrylic paint because it can take on many forms,” said Massenburg.

Massenburg also cleverly incorporated magazine and newspaper clippings in some of his work, mixing a variety of artistic media. He said he was inspired to use newspaper clippings by an art exhibit he toured for a college art class assignment in 1992.

“I went to see an exhibit of Romare Bearden, [an] African artist,” said Massenburg. “His work had vibrant colors and it also had newspaper clippings.”

Overall, I found Massenburg’s work to be refreshing. The colors were loud and vibrant. The people in the paintings had so much life in the way they appeared and the way they were positioned upon the canvas.

“I love the exhibit,” said Chima. “I think the work is really beautiful and has a lot of power to it. I think the pieces are very vibrant and lively.”

“I hope my work gives [viewers] a sense of emotion,” said Massenburg. “When they look at my work, I want them to feel what I felt as I was painting.”

For those who missed the exhibit, or want to find out more about Massenburg, he will be giving an “About the Artist” talk at the MCC on Thursday, Feb. 2 at 6 p.m.