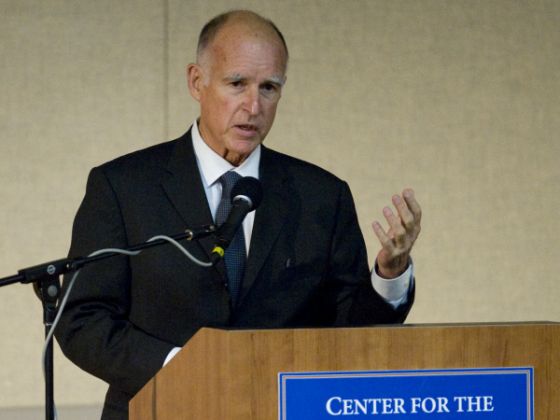 “The budget remains a very important part, it’s the most crucial piece of what’s going on at the University of California nowadays,” said UC Student Regent Alfredo Mireles, Jr. “Because of years of budget cuts by the state government, budget continues to be the main issue in the governor’s proposal for the University of California and it’s going to be the main issue for the Regents’ meeting.”

A briefing from UC Vice President of Government Affairs Pat Lenz will detail Brown’s ballot proposal to the Regents and its affect on the University of California. If approved by voters, the initiative would implement a sales-tax hike and increase income taxes one to two percent for individuals making $250,000 or more. The tax increase is estimated to bring in $6.8 billion to the state and would fund money to public schools and pay counties to house more inmates in local jails rather than state prisons.

In a memo from the Office of the UC President to the Regents’ finance committee, UC administration was cautious not to dub the initiative as the end-all to the university’s financial shortcomings.

“However, it is very welcome news that the Governor supports the concept and will argue to have it included in the final budget agreement,” stated the memo.

In recent years, UC Regents meetings have become the focal point of student frustration over tuition increases and a general disconnect between Regents and students. Large staged protests against UC administration are now a commonality at Regent gatherings.

The University of California, Santa Barbara will be bussing a student delegation to Riverside on Thursday to partake in the meeting’s open forum and rally with other students. UCSB Associated Students Vice President of Statewide Affairs Ahmed Mostafa will speak at the meeting and said the delegation plans to partake in a protest that will emphasize the main points students want the Regents to address.

“We want to know that they care because I think they do care, but obviously they are not sending an image that they do,” said Mostafa. “Obviously there are people who think they don’t care, so there’s a problem there.”

Mostafa said the UCSB delegation would like to see a written statement by the Regents in support of Gov. Brown’s ballot initiative and Mostafa hopes that the Regents will be more vocal in securing funding for the University.

According to Mireles, the Regents have been taking steps to better the relationship between the Board of Regents and UC students, primarily with the recent appointment of Sherry Lansing as the Chairman of the Board.

“She has agreed to come and meet with students on every campus as well as wants to work with students to have a joint rally in Sacramento to get more funding for the UC,” Mireles said. “I really feel that she’s sincerely trying to reach out to students.

Mireles went on to say that pressing the state for funding for the University of California could unite Regents, students and faculty alike.

“I think there are very few people that are a part of the UC family that don’t believe we need more money from the state government,” said Mireles. “And consequently, I think Chairman Lansing believes on that issue, and other issues, there are some things student and regents can work together on.”