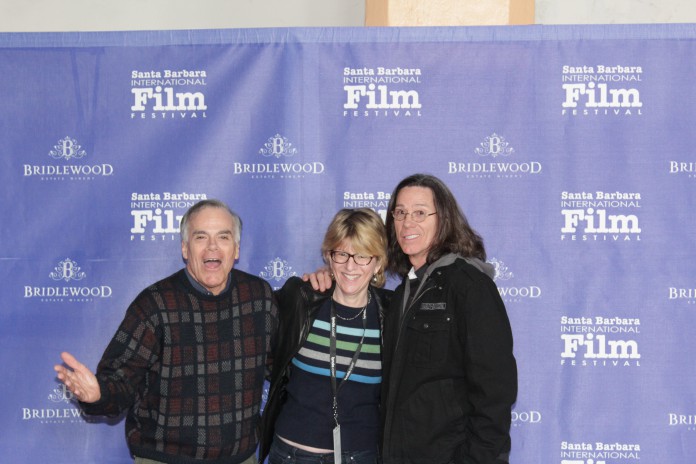 Hundreds packed the Arlington Theatre on Monday, Jan. 30 to celebrate and honor the achievements of world-renown filmmaker Martin Scorsese, as a highlight of the 27th Annual Santa Barbara International Film Festival. Scorsese is this year’s recipient of the American Riviera Award, which is meant to recognize artists who have changed American cinema.

Responsible for critically acclaimed films such as “Good Fellas,” “Mean Street,” “Taxi Driver” and his most recent 3-D film adaptation of a children’s book “Hugo,” it is evident why Scorsese is considered one of the most influential and legendary directors of all time. The Santa Barbara community flocked to the Arlington Theater to see the presentation that examined peaks in his astonishing career.

While walking down the red carpet before the ceremony, Academy Award winner Sir Ben Kingsley expressed his genuine respect for the filmmaker. Kingsley worked with Scorsese on both “Shutter Island” and “Hugo.”

Kind words like this resonated throughout the event. Scorsese was delighted to share his experiences working in the film industry with the audience in his live interview with moderator Leonard Maltin. He also gave charming personal anecdotes about his family, inspiring actors and life in New York, all of which had significant influence bringing his creative visions to life.

In a formal question and answer session, audience members took a collective look through the works that established Scorsese’s reputation as a director. ?

The presentation began with a short clip of scenes from Scorsese’s greatest films, immediately demonstrating his passion, knowledge and integrity. He attributes a foundation for these characteristics to his childhood days, when asthma plagued him from activities such as running, or even laughing. Instead, he joined his father at the movies.

An undeniable love of film led him to New York University, where Scorsese’s portfolio grew to a number of prize-winning shorts. Despite his successes, his ego seemed to remain grounded.

“I don’t know if I could make a living; I just knew we had to make movies,” said Scorsese. Fortunately for the director, the two came hand-in-hand. His experiences in New York played a significant and influential role in his success. For example, it was at a Christmas Eve dinner in the city that Scorsese first met a 16-year-old Robert DeNiro, who he described as “the nicest of the street guys.” Scorsese described DeNiro’s own artistic visions, along with his ability to improve a scene impromptu, which built the trusting relationship that had profound influence on both of their careers.

This ability to trust his actors is a distinguished quality that sets him apart from other directors.

“A bullet that was shot off the Empire State building hit a building in Los Angeles,” said Scorsese.

He accredits the screenplay’s success to the behavior of the actors and the help of the crew, many of who were young students and friends of his son.

Other clips from his famed works eluded highlights of his award-winning career. A clip from “Taxi Driver” led to a discussion of the film that he “didn’t think was going to be popular.” His experience with concert and music film also showed in scenes from his first solo movie, “The Last Waltz,” and his documentary about Bob Dylan, “No Direction Home.”

The evening concluded with praise for Hugo, Scorsese’s first film shot in 3-D, which is up for 11 Academy Award nominations. When Maltin asked about the gratification that comes with creating such a well-loved film, Scorsese maintained his humble demeanor. Rather, he discussed his 12-year-old daughter, Francesca, who was the motivation behind creating his first family-friendly film.

“I went into a fantasy world of the child,” said Scorsese. “Reading to her, acting out the parts–it was part of the influence. I wanted to make a film Francesca can see, for once. But it was very natural…it wasn’t even a transition.”

At the end of the night, Kingsley honored the filmmaker once again for his great achievements and receipt of his prestigious award.

“This is a remarkable evening,” said Kingsley. “I know that your words and your presence, and your ability to touch the child within us will open and resonate for these happy hundred for myself for days, for weeks, for months and for years. When God made you, he put your ego in the most sublime of spots. I am positive that your hand print is on the heart of all the people in this room, and millions more.”