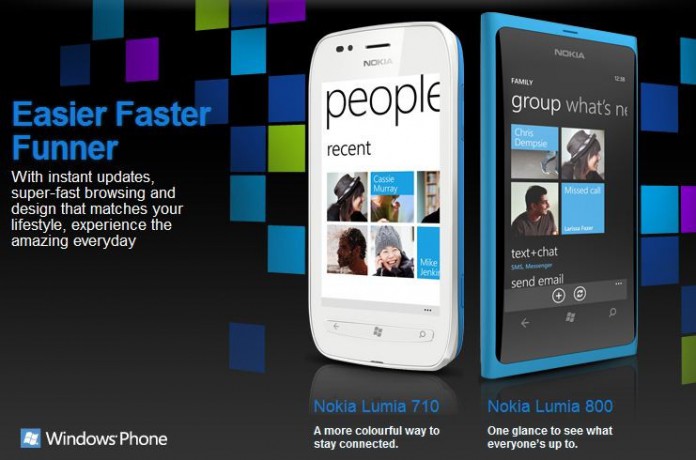 After much anticipation, the Nokia World Conference was held last Wednesday, Nov. 26, and saw the announcement of two new Windows Phone 7.5 devices.

The new Nokia Windows Phones, the Lumia 710 and the more powerful Lumia 800, look to compete with the likes of Android and the iPhone 4S. Unique to these Nokia Windows Phones are applications Symbian users will find familiar such as Nokia Drive turn by turn navigation, Nokia Music and Mix Radio, which provides preset music mixes. Also, just as it did with Symbian, Nokia will also focus on local app stores to promote developers who are often times overshadowed by big name apps. In an effort to excite developers, Nokia even promised to give away 25,000 Lumia 800 phones to developers later this year.

Critics were split on the new Windows phones, as many hoped that Nokia would launch a flagship, distinguishing phone just as Google and Samsung did a couple of weeks back with the Samsung Galaxy S II. Though created with a beautiful design, the more expensive Lumia 800 disappointed some online bloggers as it did not come with a dual core processor or front facing camera. Still, Nokia known for their cell phone cameras, stacked the phone with an 8MP camera that includes an f2.2 aperture.

Having agreed on a big partnership last year, Microsoft and Nokia are heavily invested in the future of Windows Phone and are spending £80 million ($127 million) in a new advertising campaign beginning this holiday season. The goal is to focus on first time smart-phone users and highlight the simplicity of Windows Phone with the slogan of “Putting People First.” Video advertisements show normal people doing extraordinary things with their new phones.

Nokia is looking to get back on its feet after a year of lackluster sales by not only releasing the new Lumia phones but other future Windows Phones in 2012. Though Windows Phone saw a slow first year, market and research consultant Strategy Analytics predicts the Windows Phone market share to double next year from 6 percent to 12 percent as well as increase in the future. These phones will be made available to select regions for the holiday season and to the United States in early 2012.

At the conference Nokia also showed off a cool prototype of a bendable cell phone that can play music if you twist it, as well as a couple of new cheaper phones named Asha for first time smart phone users in countries like India and China. With competition from not just other Windows Phone handset makers like Samsung and HTC, but also from iOS and Android, Nokia will have to work hard to appeal to consumers and hopefully as CEO Stephen Elop said at the conference, “we will see unique Nokia capabilities in the form of applications and services available.”