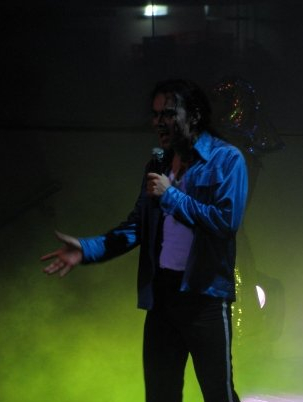 Finally, justice has been served.

In a Los Angeles courtroom on the morning of Nov. 7, 2011, Conrad Murray was rightfully convicted of involuntary manslaughter for prescribing pop icon Michael Jackson the painkiller Propofol, in the days leading up to his death. The sentence (which I personally feel was long overdue) has settled the ongoing public controversy surrounding Jackson’s death, just over two years ago. The drug, intended to somehow aid Jackson, who was suffering from anxiety and insomnia, resulted in his untimely death. The blow was devastating for those who had purchased tickets for his upcoming European tour, not to mention millions of fans worldwide.

It became clear things were not looking good for the doctor when witnesses took the stand. The first, Alberto Alvarez, Jackson’s security guard, testified that Murray had urged him to hide certain drugs–among them Propofol–before calling 911 for assistance.

Obviously, he was aware of the fact that he was prescribing Jackson excessive amounts of painkillers. But the fact that he tried to get the security guard to protect him shows the shadiness and deception of his character.

Another witness, Richelle Cooper, the attending ER physician when Jackson was checked in, stated that Murray failed to list Propofol as one of the drugs prescribed to Jackson. The omission is another instant red flag. Murray knew that he was in trouble from the start. Did he think that the paramedics wouldn’t find out he prescribed the pop artist Propofol? If so, that’s pretty foolish on his part. So it’s only inevitable that he gets what is coming to him.

On top of that, the doctor’s defense attorney claimed that it was Jackson’s decision to inject himself with the painkiller that would take his life. But how can he hold Jackson accountable when he left him with access to the Propofol? I was always under the impression that it is the doctor’s responsibility to monitor how much medication is granted to patients. You would think Murray would take into account the fact that the singer was already in such a fragile state and maybe lay off the meds.

Murray revealed in a taped interview two days later that he did in fact give Jackson Propofol, due to the singer’s persistent plea for it.

I don’t care if the patient is a celebrity or not. Celebrities are not superhumans. There is no reason he should be prescribed the drug if his own doctor initially raises objection. It is sad to say that Jackson’s position of affluence is what most likely caused the doctor to make an exception.

But what’s done is done, and now a price needs to be paid. And I don’t even want to hear the excuses that Murray had an unfair trial because he was victimized by the media. Facts are facts, regardless of the amount of media attention. This man made a fatal error in judgment, one that resulted in loss of life, and now he must suffer the consequences. Murray will remain in custody until his sentencing on Nov. 29 and is currently facing a maximum of four years in prison.

I guess it is safe to say we won’t be hearing from Dr. Murray for a while.

Biden Should Bid Adieu to Establishment Politics for 2020

Are You A Flake?: An Explanation of Flakiness by Zoe Sullivan