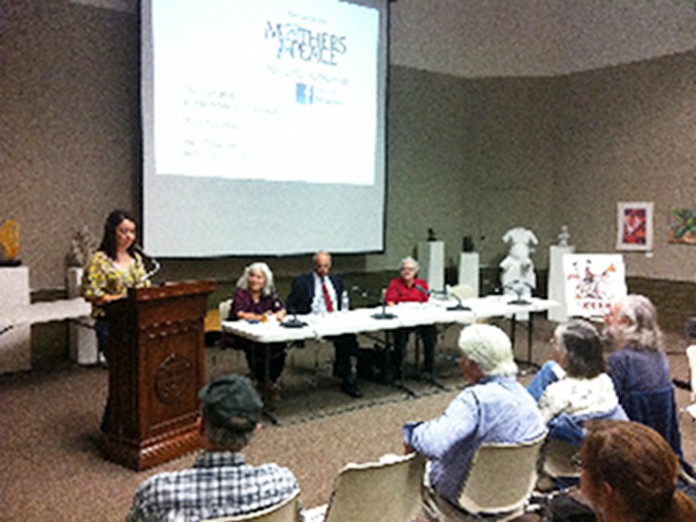 In the aftermath of Japan’s Fukushima nuclear power plant explosion, concerns are rising over whether or not the nuclear power plant in Diablo Canyon poses similar threats. To address these concerns, KCSB hosted a town meeting and an open forum on Thursday, Oct. 13 in the Faulkner Gallery of the Santa Barbara Central Library.

“Our goal was to have an event, an open discussion, for people to share their viewpoints,” fourth-year sociology major and General Manager of KCSB Eric Wolff said. “This was a forum for people who don’t have much access to media… to get their voices heard.”

Speaking at this event was President of Committee to Bridge the Gap and UCSC sociology Professor Dan Hirsh and San Luis Obispo Mothers for Peace organizer Elizabeth Apfelber. Representatives from the power plant and Pacific Gas and Electric Company were invited to the forum by KCSB, but did not attend.

“What happened at Fukushima can happen here,” Hirsh said. “If we’ve learned anything from Fukushima, it’s that we can prevent these disasters.”

The Fukushima Daiichi nuclear disaster was a sequence of failures and meltdowns that took place following the earthquake and tsunami in early March of this year. As a result of the earthquake, the plant experienced a stationed blackout thus seizing the imperative cooling process necessary to keep radioactivity from getting out. Because the Diablo Canyon power plant is located next to several serious fault lines many people are apprehensive about what could happen.

“Based on what I know in my experience in engineering, there are significant concerns,” Phil Walker, a treatment plant operator for 30 years said. “Any good engineer would tell you… everything is built with the best engineering technology of the time. That plant was built 40 years ago. In this day and age we’re more aware; there are concerns about the fault found a few years back. You have to put all of the factors into the equation.”

Since the start of the plant’s construction in 1968, protestors have tried to shut it down for fear of the potential risks as well as the danger it could cause to the environment.

“There is no permanent place to store the nuclear waste,” Apfelber said. There are potential environmental hazards that this plant could produce.

The current holding cells of the nuclear waste were built as temporary storage, but have been used for years now.

“Temporary keeps getting longer and longer down the line,” Apfelber said.

Currently the Diablo Canyon plant is in the process of renewing their license for another 20 years- a process that protesters are trying to combat. The PG&E website tells about the efforts and intentions in order to acquire this renewal.

“PG&E is seeking 20-year license extensions for each unit to ensure the long term availability of a valuable source of safe, clean, affordable and reliable electricity for more than three million northern and central California homes.”

The website also addresses the concerns that were raised after the disaster in Japan, stating that PG&E “takes seriously the concerns expressed by its customers and neighbors in the community about the seismic safety characteristics of Diablo Canyon” after raised concerns following the Japan earthquake.

Despite the company’s laments, the plant’s protestors are unmoved.

“Nuclear power is simply a very fancy way to boil water,” Professor Hirsch said. “Future generations are being sacrificed for us to boil water.”

Another event addressing the same cause is scheduled for Oct. 26 at 7 p.m. at the Faulkner Gallery in the Santa Barbara Central Library. “The Nuclear Economy: Who Pays?” is sponsored by the Women’s International League for Peace and Freedom, and open to the public.