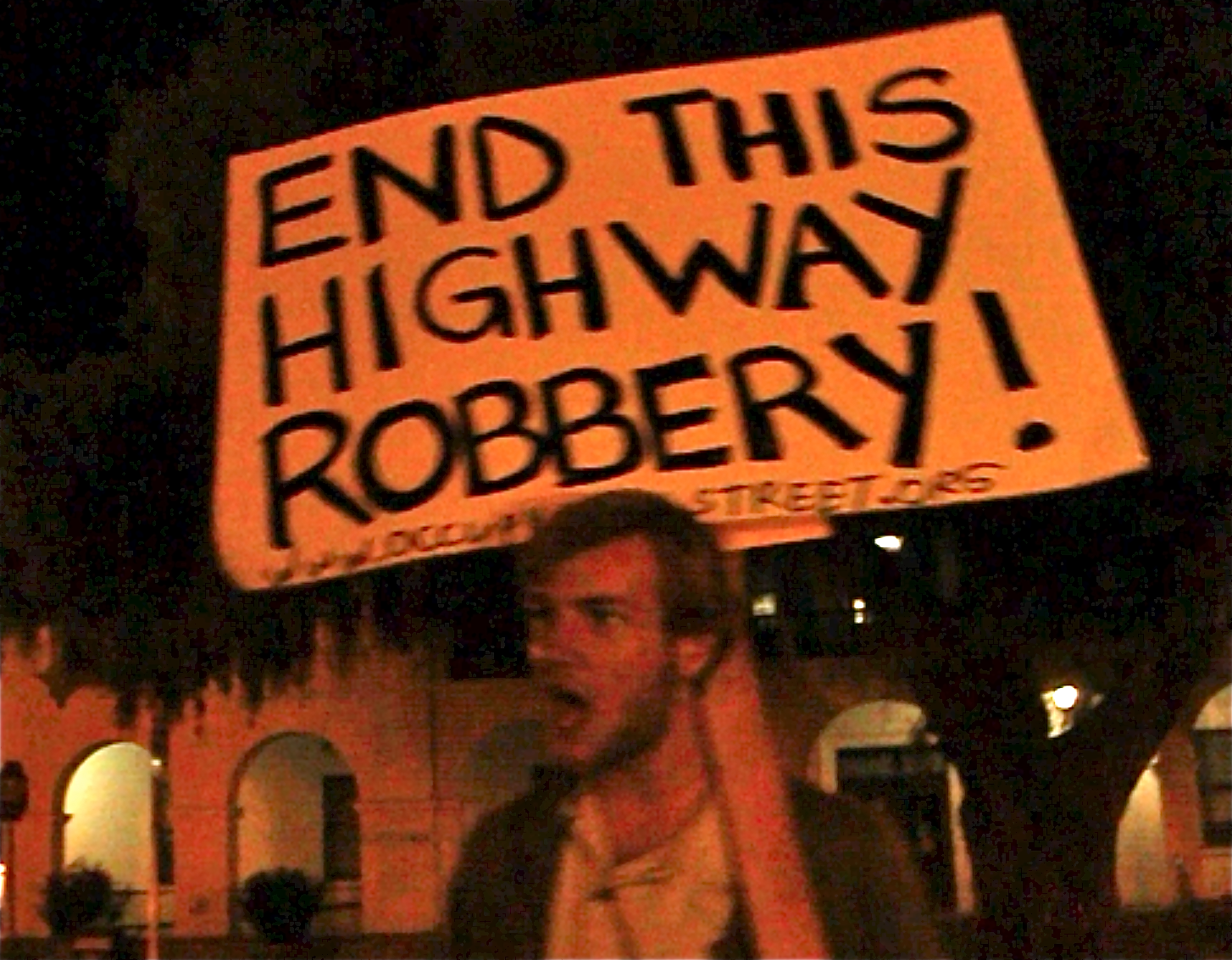 Approximately 50 demonstrators continued to protest under the Occupy Santa Barbara banner throughout the evening of October 4 around 11 p.m., despite the possibility of citations given out by police for those occupying De la Guerra Plaza between 10 p.m. and 6 a.m.

Though ordinarily considered a public area, protesters were notified of the possibility of arrest if present during the aforementioned hours by fliers posted around the plaza by police earlier that day.

Supporters of Occupy Santa Barbara continued to chant “we are the 99 percent” in response to increasing tax breaks for the wealthy 1 percent population.

Twenty-five University of California Santa Barbara students observed the protest in solidarity across the street after a resolution to support the movement was made during the first official Human Rights Board meeting of the year.

“I think the overarching reason for all of us to be here is to make sure that peaceful assembly can occur and we’re within our rights,” said fourth-year political science major Stanley Tzankov.

Occupy Santa Barbara, an event which began yesterday at the De La Guerra Plaza across from city hall, was conceived and implemented along with 160 similar protests in cities across the nation following the Occupy Wall Street demonstration in New York City.

“The way that us as students really see Wall Street manifested in our daily lives is through the privatization of our education and that’s essentially watching ‘UC’ become ‘UC Inc.'” said Human Rights Board Chair Sofia Armen, a third-year global studies and political science major.

As of press time, according to the Occupy Santa Barbara Facebook Page, 8 protesters  were arrested and cited by police amongst those present in De La Guerra Plaza, and later released from Santa Barbara County jail.