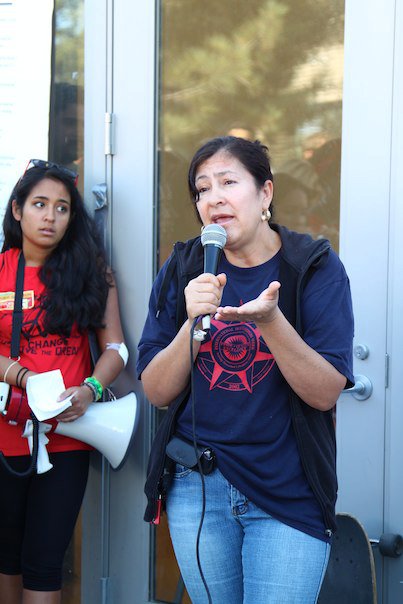 As UCSB ushers in a new school year, members of associated students’ representative body have been hard at work preparing for a busy and proactive year.

Topping the list of goals for 2011 – 2012 include building the relationship between students and AS with the hopes of raising student involvement in campus affairs.

“We’re always working on transparency,” said Chloe Stryker, AS Internal Vice President and senior political science major. “We are always trying to get students involved, and also trying to get them to know what we’re doing.”

Projects to improve transparency between students and AS include reforming executive and representative office hours to be more available at the student’s disposal.

“We’re going to move our office hours out into the arbor and more public settings,” said Tim Benson, External Vice President of Local Affairs and senior communication major. “We are going to have our staff do more public outreach and we will be canvassing to see what the students’ wants and needs are.”

To better connect with the UCSB community, AS will begin utilizing digital media and social networking as part of their attempt to increase transparency.

These projects, according to Stryker, include the creation of an AS YouTube page and the maintenance of a legislative council website where students will be able to view the council’s agenda, budget, and proposed and approved bills. AS also plans to begin recording their legislative council meetings to increase the accountability of the legislative council.

A new project spearheaded by Tim Benson and the External Vice President of Local Affair’s office will be a new twitter page, #ImproveIV.

“# ImproveIV will allow students to keep up with local events put on by EVPLA,” Benson said. “But the twitter page will also act as an open forum for students. Students will be able to communicate with us to express their concerns and complaints about what’s going on in IV.”

These projects will be done with the hopes that students become more involved within AS and become more active in campus affairs.

AS President, Harrison Weber, senior history of public policy major, emphasized the necessity of student involvement in AS and involvement with campus issues.

Weber explained that there is a wide variety of positions and jobs available through AS outside of governance, and he encouraged students to stop by the AS office, which is located in the multicultural center (MCC) near the UCen. He also emphasized the importance in student’s expressing their opinions and criticism on the performance of AS in the public forum during the legislative council meetings.

“It’s an opportunity for you to say whatever you want and it’s where you can voice your concern,” he said.

Students can participate in the weekly forum at the legislative council’s weekly meetings held every Wednesday evening.

This new school year will also marks the beginning of a 17.6 percent increase in student tuition and AS will be working with the University of California Student Association (UCSA) to lobby at the state and national level against budget cuts and to protect funding for public education.

“We are now paying more for our education than the state is,” said Weber. “We are activity fighting budget cuts. We chose to work to reform prop 13, a property tax cap. It’s kind of been the bane of California’s public revenue stream for about 30 years. We’re trying to reform it to gain revenue from large corporations like Disneyland, who has not paid an increase in property taxes since 1979. That’s a lot of money not coming to the state.”

AS and UCSA will also be pushing for an Oil Severance Tax that would raise revenue specifically for public education.

“The bill would put a 15 percent tax on oil extraction,” said Weber. “That money would go to public education k-20. That would bring about $2000 dollars per student in just UC alone.”