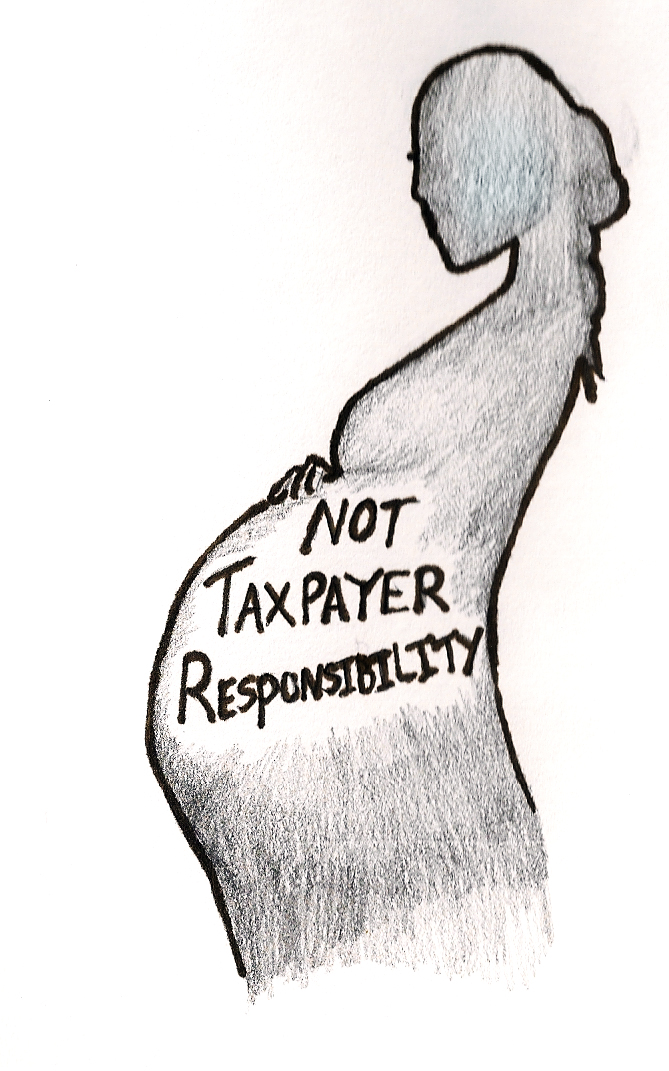 To call the bill H.R. 3—a bill originated in the House of Representatives—an “anti-abortion act” is grossly misleading. The bill is entitled, “No Taxpayer Funding For Abortion.” But do not be fooled; this bill does not in any way take away a woman’s right to choose nor does it “redefine rape.”

My opinion about humans being alive from the moment of conception is only one philosophy on when life begins, but even after that perspective is taken out of the mix, opponents of H.R. 3 still have no leg to stand on.

The federal government has no right to demand that U.S. citizens pay for abortions. By necessity then, women getting those abortions will have to pay more for them out of pocket. But to say that H.R. 3 raises taxes is also deceptive. The bill removes abortion from federal health care plans and by doing so makes abortions more expensive because women wanting abortions would not be covered by insurance. That makes perfect sense.

U.S. citizens did not commit a crime against a woman who is raped; there is no justification for why they should be held accountable for paying for such abortions. If I were raped, despite my beliefs about the sanctity of lives of unborn children, I do not know if I would have the courage to carry a resulting pregnancy to term, but I certainly would never ask the federal government for a handout to kill my unborn child. If I want to do that, I will be responsible, and I will pay the price. That is the only fair and logical choice.

On a humanitarian level, I can see why someone would want U.S. citizens to pay for abortions; how could any feeling human being not feel empathy and sympathy for a rape victim, especially one who became pregnant by her rapist? But from a strictly logical and realistic perspective, it is simply unjustifiable to demand that the federal government fund abortions.

It is not the government’s responsibility to be empathetic; its job is to maintain order. And the bill does not “redefine rape;” the crux of the debate for opposition to the bill was originally over the language in the bill about “forcible rape.” But rape, by definition, is forcible. It’s redundant to say that rape is forcible, but other than redundancy, I do not see a problem with the term, nor can I understand why anyone would claim that it redefines rape when it is realistically already an implied part of the definition. Even statutory rape is forcible in the sense that minors cannot legally consent. But that argument is now meaningless since the term has since been removed from the bill.

Then the issue of poverty arises. The plight of impoverished women who are raped is tragic, but rapists are responsible for resulting pregnancies, not tax-paying U.S. citizens. I agree that these women deserve sympathy and compassion, but the government does not operate based on such subjective, emotional concepts. If it did, the law would constantly be in flux and open to interpretation, and then it is a slippery slope to anarchy.

Furthermore, to say that the bill states that rape is acceptable on any level is fallacious and specious because that’s simply not what it says. The bill proposes pulling all federal funding for abortions, but it certainly does not condone or redefine rape, and it changes little about current abortion law.

At their core, abortions are elective surgeries. Elective surgeries are optional, voluntary surgeries that are physically unnecessary and alter the course of nature. An abortion, as an elective surgery, goes against nature in the sense that it prevents a fertilized embryo from developing into a fetus, which is nature’s course once an egg is fertilized. The federal government does not insure citizens for any other elective surgeries, so it doesn’t owe women—raped or not—a dime for abortions.