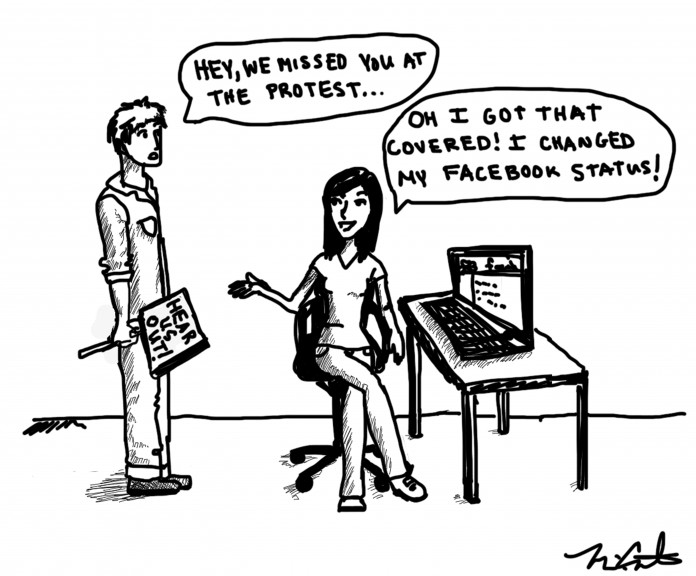 On the heels of Barack Obama’s announcement of his 2012 reelection campaign, speculation has been mounting over which candidate Republicans will nominate to challenge Obama. But you won’t find the next Ronald Reagan in this group of potential candidates.

With 20 months left until the presidential election, the list of potential candidates is still long.

UC Santa Barbara political science professor Dr. Ted Anagnoson, who specializes in the study of the American presidency, explained that unlike in 2007, when Republicans and Democrats declared candidacy early in the year, in 2011 Republicans are still waiting to make official declarations of candidacy.

“As soon as a candidate declares candidacy, they must follow the federal campaign finance laws,” said Anagnoson. “Candidates are waiting so they can save money.”

For purposes of space and time, only a few candidates are worth mentioning at length. Expect people like Mike Huckabee, Tim Pawlenty, Michele Bachmann, Mitch Daniels, Chris Christie, Haley Barbour, Jon Huntsman, Ron Paul and Rand Paul to receive media attention in the coming weeks. But these candidates will struggle to find the momentum, enthusiasm, or mainstream appeal necessary to win presidential primaries.

“I don’t want someone to win who doesn’t possess our principles, like John McCain,” Begakis said. “He’s a dinosaur who’s been in Washington a long time.”

But for conservatives like Begakis, a question looms. Can a candidate who runs on conservative economic and social values win mainstream and moderate voters in a presidential election?

Palin is the Tea Party darling and is an entertaining political character, too. In her disastrous 2008 vice-presidential campaign, Palin wrongly drew comparisons between Barack Obama and terrorists by emphasizing his middle name, Hussein, and by over-exaggerating Obama’s relationship with Bill Ayers, a radical political activist from the 1960s.

But unfortunately for Republicans, their most talked about candidate lacks the credibility to be a serious contender.

“She’s like the nice lady at church” said Begakis. “But in a debate or interview setting she gets defensive and isn’t able to explain the conservative philosophy. She is a piñata, not a president. She could splinter the Republicans, and that could be a disaster.”

Palin has gone in a very different direction since running as the Republican vice president nominee. She’s now more of a star than a politician, and a bid at the presidency would be a financial step backward for Palin, Agnagnoson explained.

“She changed her entire economic status,” said Agnagnoson. “And she has made a business out of her name.”

Sarah Palin cannot beat Barack Obama in a presidential election, and Republicans will be better off the sooner they realize this.

Former governor of Massachusetts Mitt Romney has also made a name for him for himself since the 2008 Republican primary. He is a younger, moderate conservative and the current frontrunner among Republican constituents.

Romney is seen as “the next in line” by Republicans for the presidency, and this will help him with fundraising in the crucial primary state election.

What sets Romney apart from other Republican candidates is his positive attitude, experience, discipline and political talent to defeat Barack Obama. He has the ability to win over moderates and conservative Democrats and his experience in professional finance will win him points in an election where the economy will be the main issue. Begakis and Agnagnoson also praised Romney for his communication skills and positive public image.

But Romney has made political mistakes that won’t win favor with the conservative Tea Party vote, which is expected to have a particularly strong impact on the 2012 primaries. As governor in Massachusetts, Romeny supported a statewide universal healthcare bill identical to the Obama healthcare plan approved by congress last year.

Repealing “Obamacare” has been the Tea Party’s biggest concern, and with enough influence members could pry the Republican nomination out of Romney’s hands.

As for the dark horse of the 2012 primaries, expect former speaker of the house Newt Gingrich.

Gingrich has the party support to fundraise enough money to be a serious contender, and Begakis has confidence in a Gingrich presidential campaign.

But Gingrich has baggage. Having been in Washington D.C. for decades and been remarried three times, Gingrich’s closet is full of skeletons.

Agnagnoson added that while Gingrich was Speaker of the House in the 1990s, he had a reputation for being too bipartisan with Democrats, creating a public perception that he could not politically subdue then-Democratic president, Bill Clinton.